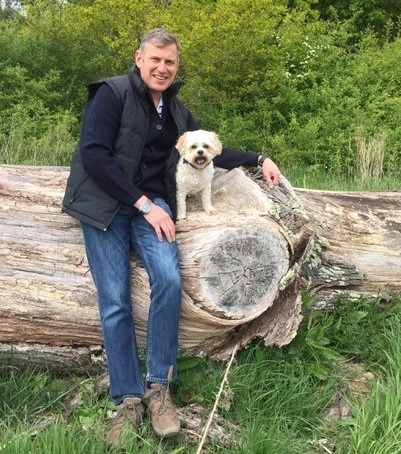 The UK's largest organisation dedicated to the welfare of dogs, The Kennel Club, has today announced the appointment of Mark Beazley as Chief Executive. He replaces Rosemary Smart who stepped down in April after 18 years in the role.

Mark brings a wealth of experience from the charitable animal welfare sector in senior leadership roles. He joins The Kennel Club from Cats Protection, the UK’s largest cat welfare charity, where he has held the post of Director of Operations for the past three and a half years.

Previously, Mark worked at Dogs Trust Ireland as Executive Director and prior to this he was Chief Executive with the Irish Society for the Prevention of Cruelty to Animals (ISPCA). He has also chaired a number of high profile working groups including the Companion Animal Working Group at Eurogroup for Animals and the International Greyhound Forum and he was heavily involved in the establishment of the EU Cat and Dog Alliance.
Tony Allcock OBE, Kennel Club Chairman and interim Executive Chairman, said:

“Mark has held a number of senior strategic and executive roles and, during a thorough and extremely competitive search, he stood out as an exceptional candidate. I believe he has the vision, leadership and drive to steer The Kennel Club through its next phase.”

"I am absolutely delighted to be joining The Kennel Club as its next Chief Executive. The Club carries out hugely valuable work from world class events such as Crufts through to its positive contributions to improving breeding. I’m also particularly passionate about its work dedicated to protecting and promoting the health and welfare of all dogs through lobbying and education and its focus on the next generation of dog owners."

Mark will take up his new role in October.

React to this article:
1 Growl
1 Wag