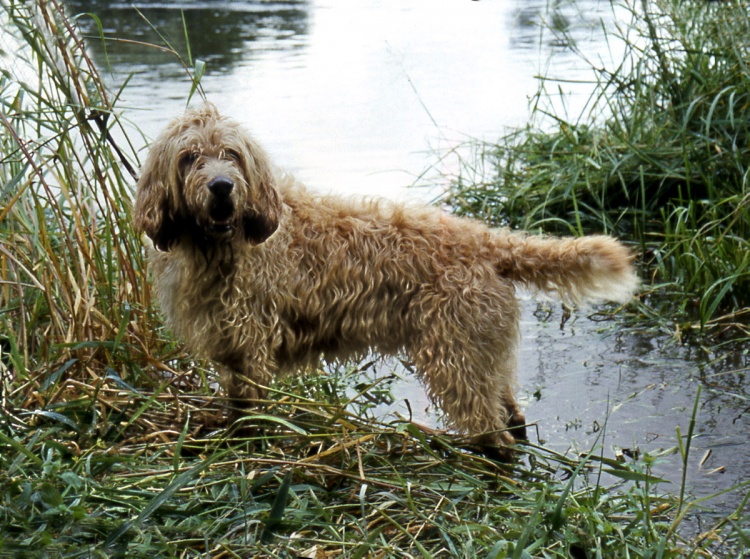 In a move designed to combat inherited disease in the Otterhound, the Kennel Club has approved a new official DNA testing scheme for Glanzmann’s Thrombasthenia in the breed, following consultation with the Breed Health Coordinator.

The Otterhound is a Kennel Club Vulnerable British Breed, a category for breeds which generate 300 or fewer registrations in a year. In fact, a mere 44 Otterhound puppies were registered in 2019, with none so far in 2020, making them among the rarest British breeds of all.

Glanzmann’s Thrombasthenia is an inherited condition that causes affected dogs to have problems with their blood-clotting ability. Dogs usually show signs before they are a year old, often by bleeding from the gums as their adult teeth come through. Warning signs can include bruising easily, frequently bleeding from the nose, blood in their urine, or their stools may be red with fresh blood or black and tarry from old blood.

The disease is described as an autosomal-recessive condition. This means that a dog must inherit two copies of an abnormal gene (one from its mother and one from its father) before its health is affected. A dog that inherits only one copy of the abnormal gene (from its mother or its father) will have no signs of the disease, but will be a carrier and may pass the gene on to any offspring.

Tested dogs will be recorded on the Kennel Club systems as one of the following:

The dog does not have any copies of the abnormal gene associated with Glanzmann’s Thrombasthenia. The dog is highly unlikely to be clinically affected and will pass on only a normal copy of the gene to a puppy.

Judith Ashworth, Otterhound Breed Health Coordinator, said: “The Otterhound is basically a very healthy breed. However, as their numbers are very low, breeders need every assistance they can get when it comes to ensuring the breed is preserved for future generations, partly through breeding interaction across the world. To protect UK Otterhounds from a new condition is why this DNA testing scheme is such good news – when taken into account with other factors, it will enable breeders to make more informed choices when deciding to breed a litter.”

The Kennel Club constantly reviews DNA testing schemes in conjunction with breed clubs to ensure that breeders are supported with resources which help them to make responsible breeding decisions.

Owners are reminded that it is mandatory that the dog’s microchip (or tattoo) number is recorded along with either the dog’s registered name or registered number on any DNA certificates. Any test results that do not carry these identifying features will not be added to the Kennel Club database.