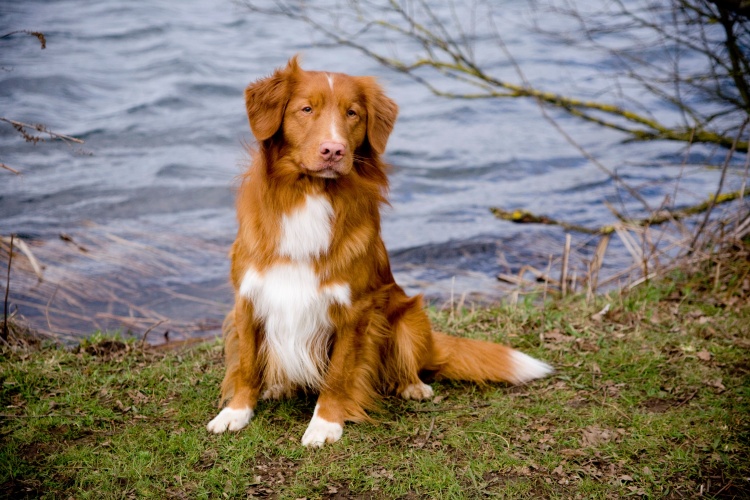 In a move designed to combat inherited disease in the Nova Scotia Duck Tolling Retriever, the Kennel Club has approved a new official DNA testing scheme for Juvenile Addison’s disease (JADD) in the breed following consultation with the Breed Health Coordinator on behalf of the breed clubs.

Addison’s disease causes the adrenal glands of affected dogs to no longer produce hormones used to control sodium and potassium levels in the blood. Puppies affected by JADD usually start to show signs at around five months old, and will often be tired, weak, and off their food with vomiting and diarrhoea.

Unlike most other DNA tests, the test for JADD relates to a dog’s risk of developing the disease, rather than giving a definitive result. Tested dogs will be recorded on the Kennel Club systems as at “minimal risk (0)”, “minimal risk (1)” or “increased risk (2)”. The numbers assigned to each status indicate the number of copies of the JADD gene variant a dog has. Only dogs with two copies of the JADD gene variant have an increased risk of developing the condition.

These dogs do not have any copies of the JADD gene variant and are at minimal risk of developing the condition.

These dogs have two copies of the JADD gene variant and have an increased risk of developing JADD; it is currently estimated that 75% (three-quarters) of dogs with two copies will develop JADD.

As the test for JADD evaluates a dog’s risk, rather than giving a definitive result, the Kennel Club cannot assign progeny as ‘hereditary clear’ and therefore results will be recorded only for individual dogs.

The only laboratory currently offering the JADD DNA test is the University of California (UC Davis). As the Kennel Club has no agreement with this laboratory to send DNA results directly to us, the onus will be upon the owner of the dog to do so.

Because the gene variant identified by this test is a large risk factor, but not the only influence on developing JADD, the Kennel Club will seek to monitor the health of dogs for which owners supply test results. This – it is hoped – may enable future research to identify other genetic variants that are a risk factor for, or even are protective against, JADD. This is particularly important in the Nova Scotia Duck Tolling Retriever as it is a numerically small breed, and conservation of genetic diversity is a key issue.

Details about other diseases, and which labs the Kennel Club is able to record results from, and those that will send results direct to the Kennel Club, can be found at www.thekennelclub.org.uk/worldwide-dna-tests.

The Kennel Club constantly reviews DNA testing schemes in conjunction with breed clubs to ensure that breeders are supported with resources which help them to make responsible breeding decisions. We work alongside breed clubs and breed health coordinators in a collaborative effort to improve the health of pedigree dogs and is happy to accommodate a club's request to add a new DNA test to its lists. A formal request from the breed's health coordinator or a majority request from the breed clubs is normally required to do this.

Results for dogs already tested can also be recorded, but owners will need to submit copies of the DNA certificates themselves.