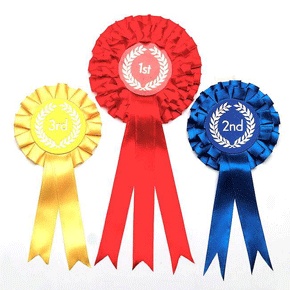 Breed clubs reminded of their obligation to support classes

The Kennel Club has issued a reminder to breed clubs that, starting this year, they are each required to support classes for their breed at a minimum of two general or group open shows per year. Under the Judges Competency Framework (JCF) such classes will provide judges with valuable hands-on experience.

Supported classes will also provide opportunities for observed judging under the JCF or for A2 assessments under the traditional judge approval route.

The requirement for breed clubs to support breed classes was announced by the Kennel Club in 2017 as part of a package of measures designed to enhance the open show scene. Other new measures for 2019 include the Show Certificate of Excellence, Open Show Winner and Veteran Warrant awards.

There is no maximum number of shows a breed club can support per year. However, it is hoped the chosen events will be ones which are known to attract a good entry for the breed concerned. It is expected that the breed club will approach the open show society and supply the names of at least two judges from either their existing B list or A3 list or judges licensed at JCF Level 2 from which the show society will make its selection.

The Kennel Club believes it would be sensible for breed clubs to seek assistance from the Breed Education Co-ordinator (BEC) when it comes to putting forward judges, as the BEC will hold a co-ordinated list of all judges who have reached JCF Level 2 and are therefore eligible to carry out such an appointment.


Having decided upon which shows to support, and provided the show society with a selection of judges, the supporting breed club is requested to promote the show to its members. Supported entry shows will give exhibitors in the breed a judge who has the confidence of a breed club to undertake such an appointment and who has attended a breed seminar.

These shows should also be used under the JCF for judges who are undergoing the observation stage of their judge’s training as they work towards JCF Level 3 (having already successfully completed three mentoring sessions in the respective breed). During the JCF transition period, which ends at the end of 2021, such judging appointments can also be used for judges requiring A2 assessments under the traditional route.

If breed clubs wish to provide special prizes and/or prize money or rosettes at supported shows, it is entirely up to them. However, this is not required by the Kennel Club, which strongly recommends clubs to publicise these shows to their members so that they can be confident in entering under a judge who has taken an interest in the breed. By exhibiting at such shows, exhibitors will increase competition and also contribute to the education and training of judges for their breed.

In the case of regional breed clubs, it would be logical to support open shows in the region concerned wherever possible.

Caroline Kisko, Kennel Club Secretary, said: “The Kennel Club very much wishes to encourage general societies and breed clubs to work together when it comes to breed club supported entry classes. It will be to their mutual benefit to encourage a larger entry for the judge to go over, thus contributing to their experience and education, while at the same time increasing competition which will enhance the overall experience for the exhibitor.

“Such appointments can currently be used by judges progressing along the A2 list route under the traditional system and it will not be long until judges being observed under the JCF will very much be part and parcel of the open show scene in the UK. Breed clubs owe it to themselves to have a say in the choice of judge at this level, so the Kennel Club very much looks forward to seeing which shows and breeds work well together in this respect.”

Any queries regarding breed club supported entry classes should be directed to email jcf@thekennelclub.org.uk.