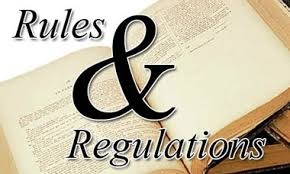 
The appeal is on the ground that the penalty imposed by the Disciplinary Committee was harsh and disproportionate.

The Appeals Tribunal reviewed the papers before consideration of the appeal application by Mr Duffield.

The Appeals Tribunal noted that Mr Duffield acknowledges and accepts the submission of inaccurate numbers which were mistakes due to poor record keeping practices. Mr Duffield also acknowledges the seriousness of this activity.

The Appeals Tribunal were unanimous that there was nothing within Mr Duffield’s appeal in terms of new evidence or submissions to alter the decision already made.

The Kennel Club is reliant on the trust that information submitted by judges is accurate, requiring due diligence and strenuous effort whilst retrieving appropriate records in order to support figures submitted for approval of a judging appointment.

It is of course possible for errors to occur but the recurrence of the same issue is of considerable concern and an appropriate reaction to that concern was required by the Disciplinary Committee.

The Appeals Tribunal did not uphold the appeal and the decision of the Disciplinary Committee therefore still stands.