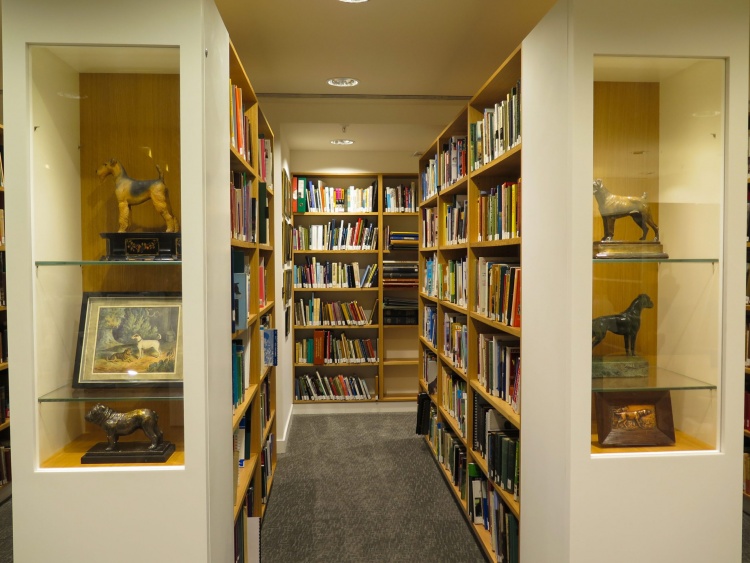 By the Kennel Club Press Team

The Kennel Club Public Affairs team has taken a leading role in updating Home Office guidance on introducing dog restrictions. At the end of December, the Home Office released its updated guidance on the Anti-social Behaviour, Crime and Policing Act 2014. This included advice on how local authorities should use Public Spaces Protection Orders (PSPOs) which are used to introduce restrictions on dogs among other things. The Public Affairs team have worked with councils and dog walkers across England and Wales to ensure that if these are brought in they are fair and proportionate to all users of the space.

In October 2016 the team released the report: ‘Out of order: the impact of access restrictions on dogs and their owners’ which looked at good and bad use of PSPOs. At the event to launch this in Parliament the Public Affairs team called on the Home Office to update their guidance on the use of PSPOs and since then they have worked closely with the Home Office to ensure that dog owners are represented in this document.

The Kennel Club is now recognised as the leading authority in this area, as no other animal welfare organisation was mentioned in the new Home Office guidance nor in the Defra guidance on how to use PSPOs. This means that local authorities are advised to contact the Kennel Club when introducing a restriction which would impact on dogs.

Prior to Christmas the Prime Minister confirmed that the government is developing regulations to improve the health and welfare of puppies through updated dog breeding regulations, an issue which has needed urgent tackling. This is the reason the Kennel Club introduced the Assured Breeder Scheme, which sets a much higher standard for dog breeding than any other scheme of its type. The Public Affairs team has been working with Defra to try and ensure the ABS is incorporated into new regulations, in order that puppy buyers can easily identify where to get a happy, healthy puppy and ensure that local authorities can target their resources where they are most needed.

The majority of the proposed measures apply to licensed breeders, which will go a long way to improving dog health and welfare. However, it is important to remember that there are thousands of unlicensed and unregulated breeders in the UK who will continue to operate under the radar, so it is crucial that puppy buyers are given guidance on how to find a responsible breeder. The Kennel Club, as the leading organisation offering advice, guidance and regulation on the breeding of dogs, will continue to work with Defra on this matter.

The government is currently consulting on increasing the maximum penalty for animal welfare offences in the Animal Welfare Act 2006 from six months’ to five years’ imprisonment. The Kennel Club, along with other sector colleagues, has been calling for an increase in sentence length for a long time and we are pleased to see this has been taken forward.

In December, the online travel magazine Atlas Obscura ran a feature on the oldest items which belong to specialist libraries. Among the archives featured were not only the Kennel Club Library but also the Scott Polar Research Institute Museum & Library in Cambridge and the Amalgamated Puppy Lending Library in Boston, Massachusetts.

Do you know which is the oldest book in the Kennel Club Library? It is Lawes of the Forrest by John Manwood, published in London by Thomas Wight and Bonham Norton. The edition we have is the revised and expanded one first published in 1598, although an earlier version for private circulation was produced in 1592.

Of particular interest to visitors to the Kennel Club is the chapter on dogs, which is mostly concerned with hunting, dog control and which class of person is permitted to own what type of dog in Britain in the sixteenth century. There are some rather gruesome descriptions of the ‘hambling’ and ‘expeditating’ of dogs whereby they were maimed in the limbs in order to render them less effective as hunters under the laws of this era. We will spare you the details!

We have had the book in our collection for some years and it came to us through a specialist bookseller. We do not know where it was before, but we have been told that it had remained within the same collection for around 300 years prior to being put up for sale.

John Manwood was a barrister of Lincoln's Inn in London, a gamekeeper of Waltham Forest, and Justice in Eyre – a judge of a particular kind of court – of the New Forest under Queen Elizabeth I. The book ran to many editions, with the 1615 edition being the best known. It remained in use as a standard reference on forest law for a number of centuries afterwards.

The Kennel Club Library has more than 10,500 books in its collection, as well as 190 journal titles, 700 microfilms, 158 years of championship show catalogues (over two million pages of which have been scanned) and is visited by more than 1,500 dog lovers each year.

The library is involved in promoting the work of Kennel Club Bark & Read, which is supported by the Kennel Club Educational Trust and which provides financial and practical support to 12 different individuals and charities, big and small, who bring dogs into classrooms and libraries to assist children and young people to become confident and happy readers. The library team will be at Crufts with Bark & Read dogs and volunteers, so please come along to stand 60 in hall 3 and say hello if you wish to find out more about this.

Judges Framework
With just under 11 months until its launch, interest in the Judges Competency Framework (JCF) is naturally gathering apace. There were a number of opportunities in 2017 for interested parties to ask questions, including at Kennel Club Question Time events and the City of Birmingham championship show, and now the Kennel Club has released a number of 2018 dates as follows:

The full list of educational opportunities, including seminars which address other aspects of the JCF such as Breed Appreciation Days, can be found at the following page on the Kennel Club website which is updated regularly: www.thekennelclub.org.uk/training/judges-education/training-seminars/.

The Kennel Club is also planning to hold JCF question and answer sessions at the Birmingham National and Scottish Kennel Club championship shows in May. Details of these and other opportunities to learn about the JCF will be issued in due course.

The Kennel Club Academy, through which the JCF will be administered, will have a presence on the main Kennel Club stand in hall 3 at Crufts, so please visit the stand if you wish to find out more about the Academy and the JCF. Kennel Club staff from the Education & Training department will be on hand to answer any questions you may have.

As we write, Crufts is looming large. Every year, to promote Crufts and the many roles that dogs play in society, the Kennel Club press office looks for inspiring dogs and owners with interesting stories that it can communicate to the media, who are often interested in dog-related stories in the run-up to Crufts and during the show itself.

To give competitors at Crufts the potential opportunity to tell their dog’s special story to the wider world, the Kennel Club has set up an online form, which can be filled in by visiting www.surveymonkey.co.uk/r/3FN7NGB.

Examples of stories which might be of interest are: dogs that have changed their owner’s life; dogs that have overcome adversity to excel in something; oldest and youngest Crufts competitors (human or dog); and a family with a very long association with Crufts with multiple generations having success at the show.

There are a few awards associated with Crufts which involve online voting before and/or during the show, so please make sure that you don’t forget to vote in the various competitions, such as the Young Kennel Club Shaun McAlpine Trophy which has five award categories. The trophy is awarded annually to encourage young dog lovers to become more involved in dog activities, as Shaun himself had achieved considerable success as a dog handler, competing at Crufts on many occasions.

And don’t forget the Kennel Club’s Friends for Life competition, which celebrates dogs that have had an extraordinary impact on people’s lives. The public are being asked to vote for their favourite nominated dog which has changed the life of its owner, or another person, and deserves recognition for it.

Please keep an eye on the Kennel Club and Crufts websites for details of competitions such as these and how and when to vote.