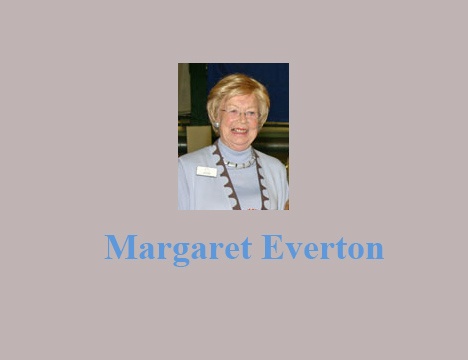 Margaret Everton (Impton)
We are sad to record the death of Margaret Everton.
Margaret was a stalwart of the UK’s Dog Showing scene serving on the Midland Counties Committee as Secretary and as Chairman. Margaret was also at one time Assistant Secretary at Birmingham National and City of Birmingham. She had also served as Chairman of the KC Judges sub-committee as well as being part of the Show Executive Sub-Committee.
She was acknowledged as one of the most respected Judges worldwide. She first registered her affix “Impton” in 1968.
Margaret began her own showing career in Great Danes, her quest for knowledge and enthusiasm for the breed led her to learn from some of the most respected Judges of the day, Bill Siggers, Bill Pinches, Bab Favell, Leslie Page and her mentor, Joe Braddon. In her earlier years her family had enjoyed the company of Dachshunds (which she continued to own) German Shepherd Dogs and Labradors.
Margaret made up nine Great Danes into Champions, including having a champion in every colour!
It was fifteen years after she began her showing career that she finally agreed to begin judging.She awarded CC’s for the first time in 1975 at Leicester City.She was accorded the honour of Judging BIS at Crufts in 2004. Margaret retired from Judging in 2007, her last appointment was Judging the Working Group at SKC.


Tributes:
It is with great sadness that the we record the passing of Margaret Everton on Saturday 3rd March after a short illness.
Margaret was involved in all of the Birmingham shows but it was Midland Counties that she nurtured and grew to its position today. Margaret started in l968 as a steward with the Society and then went on to the Committee, followed by Assistant Secretary to Olive Grindey, then Chairman, Secretary and finally President. Margaret was Midland Counties and Midland Counties was Margaret.She was, of course, a World renown breeder of Great Danes and International Judge. But here at Midland Counties, she was a great visionary and above all a true genuine friend who we will all miss greatly. Sincere condolences to her family.
Robert I Greaves (Chairman)

I was so sad to read of Margaret Everton's passing. Margaret was a special lady, a great believer in fairness and such a warm and generous character with a wicked sense of humour. She was closely involved in two of my most memorable dog shows ... as the judge who awarded Mikey his very first all-breeds Best in Show and as President of Midland Counties when I judged all the groups and BIS. The dog world in general, but her friends at Midland Counties in particular, will miss her deeply but special condolences go to her sister Jill and niece Ginny to whom she was devoted.
Andrew Brace