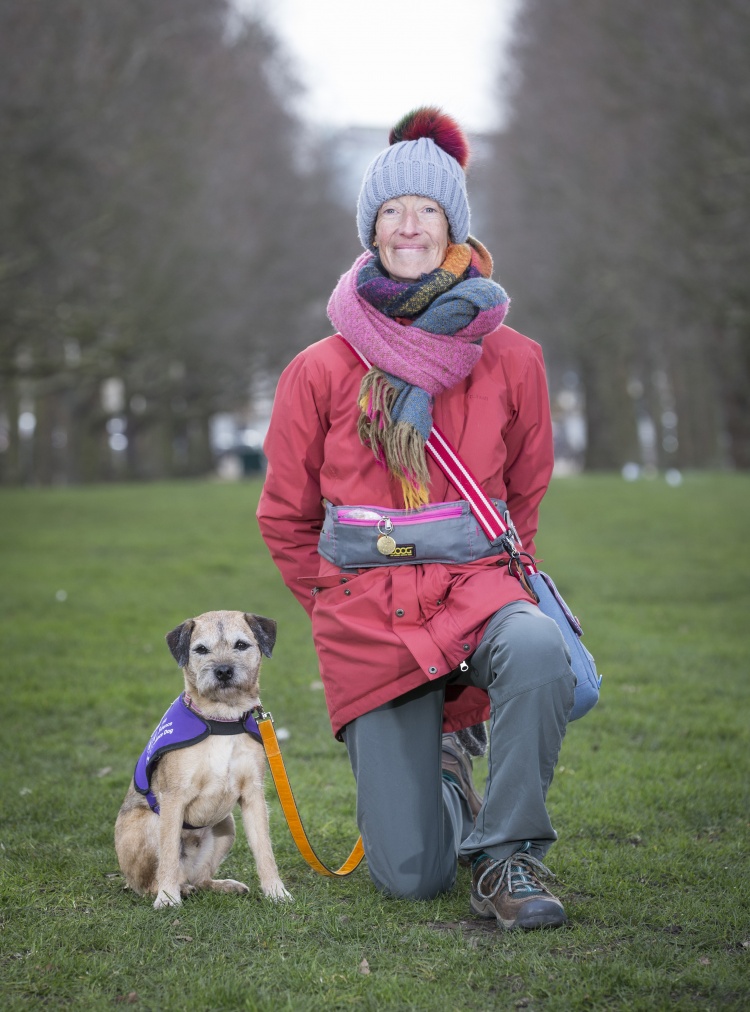 Sir Jack Spratticus the Border Terrier and Vanessa Holbrow aged 47 from Burnham on Sea, Somerset announced by the Kennel Club today as finalists for the prestigious Crufts dog hero competition, Friends for Life 2018, at the official launch of Crufts 2018.

Chosen from the Breed Rescue category, Border Terrier, Jack was re-homed in 2012, aged 13 months. He has helped Vanessa live with enduring complex mental health issues. Vanessa’s was Jack’s fourth home but her first dog, and he has given her stability on profound levels and offered her an existence she never imagined. Both Jack and Vanessa have had to overcome immense challenges and have bonded through intense training (obedience, heelwork to music, rally and agility classes). It took a year before Jack could even fully take part in training due to his fear aggression, but now the transformation in him has meant that he is able to do lots of different activities with Vanessa.
Together they raise awareness and breakdown stigma attached to mental health issues. Jack has given Vanessa the motivation and confidence to speak on local radio, write articles for Rethink, and together they have raised thousands of pounds for mental health charities. Jack was accepted by the organisation Canine Generated Independence in August 2017 and is now nearing the end of his training to be an official assistance dog to Vanessa. In light of Jack’s neglectful start and the opinion that he was untrainable, this little dog has grown, not only into a stunning terrier but also an amazing assistance dog who keeps Vanessa going every day.

The annual Friends for Life competition at Crufts celebrates the unique relationship people have with their dogs, the important role man’s best friend plays throughout our lives and the support they give us in the face of adversity.

Judges from the Kennel Club, the UK’s largest dog welfare organisation, have selected five inspiring finalists to go forward for the public vote, with the winner being announced in the Genting Arena at the Birmingham NEC on the final day of Crufts, the world’s greatest dog show, on Sunday 11th March.
Image: Flick-digital

React to this article:
Growl
7 Wags