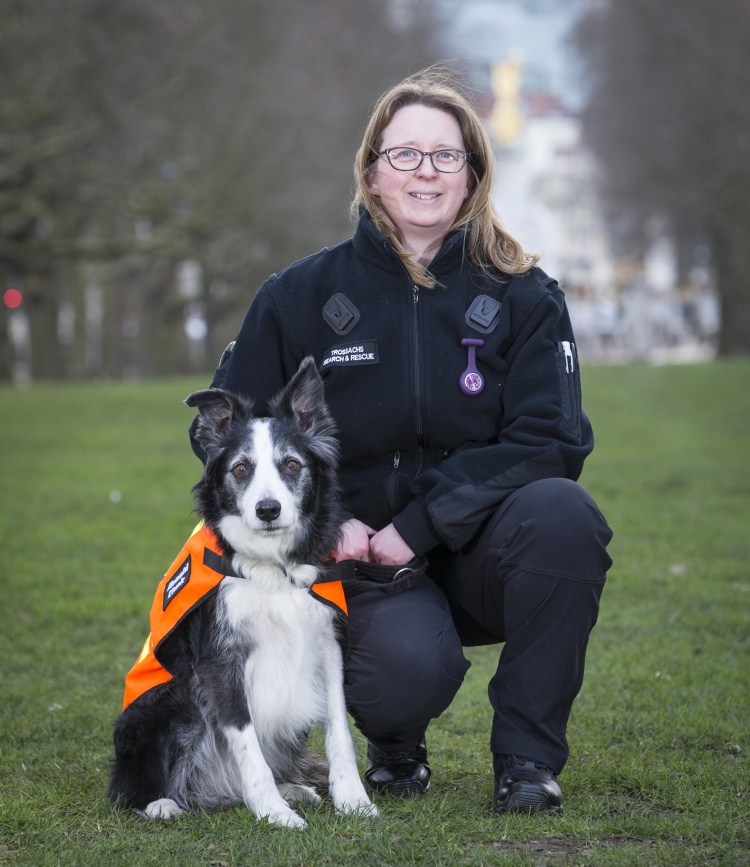 Taz the Collie and Gayle Wilde aged 39 from Lanarkshire announced by the Kennel Club today as finalists for the prestigious Crufts dog hero competition, Friends for Life 2018, at the official launch of Crufts 2018.

Taz is the senior search dog for Trossachs Search & Rescue and was chosen as the winner of the Extraordinary Life of a Working Dog category. Taz and his handler Gayle have been with the team for almost nine years and over that time they have been deployed to numerous searches together.

In November 2013, the team were deployed to the Clutha pub in Glasgow following the incident which saw a police helicopter crash land onto the pub roof. Taz and Gayle along with two other search teams were tasked with searching the building for casualties. Working in cramped, dark and dangerous conditions Taz and Gayle located every victim and advised the Scottish Fire and Rescue Service of their positions in order to facilitate extraction.


Taz has been deployed to several other notable searches including for murder victim Suzanne Pilley in Arrochar in 2010 and missing fisherman Paul Alliston in the Outer Hebrides in 2016, as well as many other various missing persons, house collapses, and an exploded electrical sub-station at Dunipace in 2013. Taz and Gayle are on call 365 days a year, and are volunteers receiving no pay for the work they do, nor any government funding. Every day they go above and beyond really demonstrating the invaluable work man’s best friend can do.

The annual Friends for Life competition at Crufts celebrates the unique relationship people have with their dogs, the important role man’s best friend plays throughout our lives and the support they give us in the face of adversity.

Judges from the Kennel Club, the UK’s largest dog welfare organisation, have selected five inspiring finalists to go forward for the public vote, with the winner being announced in the Genting Arena at the Birmingham NEC on the final day of Crufts, the world’s greatest dog show, on Sunday 11th March. These five dog heroes are just some of the dogs celebrated at the show for the ways that they enrich our lives.
Image:Flick-Digital