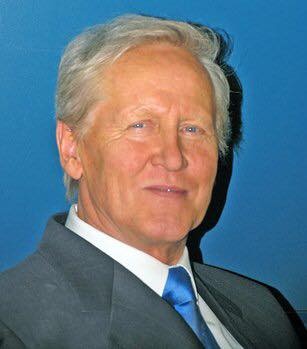 Andrew Brace -On the retirement from Judging of Rainer Vuorinen (Rainwood)

Few people in Afghan Hounds will realise how much Rainer Vuorinen influenced the breed in the U.K.

When I had found Mandrills Myltha and agreed to buy her, the original plan was to import her in whelp to Choice Wild West. However after discussing the proposal with Rainer, he suggested that Choice Be A Pepper would be a better option and subsequently introduced me to the wonderful Maija Arlander who agreed that we could mate her to Pepper. The rest is history.
Enjoy your retirement Rainer, a dear friend for so many years, but please continue to pass on your vast knowledge to the younger generation who can learn so much from you.AB

To most of the Finnish Collie breeders or dog people in general, Rainer does not need an introduction. He is all-rounder who has judged throughout the world and whose own breed is the Collie.
He has been a member of the Finnish Kennel Clubs' board and member of the Judges and Show committee. He also has been active in many different breed clubs.
He has written a book about dog shows and his favourite breed, Rough Collie. Fluent in English, Swedish & Finnish, Rainer got his first dog, a Miniature Pinscher, in 1948. He has also had a Cavalier King Charles Spaniel and Welsh Corgi Pembrokes. When asked what it is that captivates him about the Collie breed, he said that "The true Collie simply is most beautiful, enchanting and intelligent". In the 60's Rainer bred the first litters under the affix of Rainwood. Foundation was based on Ladypark lines.
Most memorable dogs have been having the first Finnish Collie to achieve an International Champion title CH Examine v. Durchwald and Int CH of Rainwood Rustler. When asked what has been his most memorable judging experience he pointed out that of course it has been great honour to judge Collies at Crufts twice, but still one of the most enjoyable experiences was at Collie specialty shows in 70's and 80's where you could see many truly beautiful Collies that had the correct type.
Rainer is happy to see how well breed type has been maintained in Finland. Rainer is an Honorary member of the Finnish Kennel Club, and recipient of Gold Awards from the Swedish, Danish and Estonian Kennel Clubs.