Firstly I would like to thank Dog Focus for giving missing dogs a section in this exciting new website. There are approximately 8.5 million dogs in the UK in 24% of households up and down the country. According to recent police reports dog theft has risen by 24% in the last three years but this figure does not include 'theft by finding'. It is estimated that 60 dogs a week are snatched , it's an issue which affects a few but scares all.

Over the coming months I will share stories on stolen, lost and reunited dogs and highlight areas where dog owners are let down by present legislation. My qualification on writing about Dog Theft comes from my own experience when my two dogs, Widget and Gizmo were stolen over 11 years ago. I was one of the lucky owners who thanks to a huge media campaign got my dogs back. You can't be touched by this devastating crime and walk away that's why I continue, along with many others, to try and help owners left searching for their microchipped pets.

- No one is safe from this crime which hits families, the elderly, the disabled and the homeless.

- Dogs are stolen from, gardens, houses, parks, kennels, outside shops and from cars. Nowhere is safe.

- They can be any breed, but designer toy breeds and gun dogs are particular targets.

- Thieves even take litters of puppies.

- Rewards for return can be demanded but most dogs are sold on or used for breeding.

It is law to microchip all dogs but a microchip is not proof of ownership and there is no law to make it compulsory to scan and check that dog and owner match, leaving huge loopholes preventing the reunification of stolen and missing pets.

- Sadly dogs are regarded as just goods and chattels and not a family member.

- Any punishment is based on their monetary value alone.

- The heartbreak and distress isn’t considered.

- We need the Justice Department and the Sentencing Council to recognise the problem, and provide a real deterrent to dog thieves and their heartless crime.

WHERE ARE THESE DOGS?

Long time lost:- Alfie, this week 6 years ago he disappeared in busy central London! He was spooked by kids letting off fireworks. Was he picked up as a stray and kept? It is law to report a found dog to the local animal warden but not many people know that. This is classified as 'theft by finding'.

Scarlett:- "Re: the circumstances of her disappearance. All I can tell you is she went over the sand dune at the side of the footpath alongside the car park with her dad Hugo and when David called them back, only Hugo appeared. By the time he got to the top of the dune she had gone missing." 9th July 2017.
SCARLETT is a Female Pointer Black/White (Age: Young Adult). Missing from Car Park, Donna Nook, North Somercotes, Lincolnshire, LN11 area, on Sunday, 9th July 2017
CONTACT: 01469540182 or 07867511823

Baxter:- Disappeared from his kennel. Despite contacting the police, they are only able to record the dog as missing as there is no evidence to suggest Baxter was stolen.

STOLEN:- BELLE was snatched from outside her house while being walked.

REUNITED:- STANLEY. A dog which went missing in Suffolk on 12th April '17 has been found 100 miles away in Hertfordshire three months later.

Stanley the 18-month-old Chihuahua disappeared from a park in Woodridge on 12 April, as reported in the East Anglian Daily Times.
His owner Christie Barr and her family set up a Facebook page to appeal for help to track him down.
He was found walking alone on 12 July and handed to a vet in St Albans who identified him through his microchip.
If you needed proof that Vets need to scan…just ask Stanley’s owner!

React to this article:
Growl
10 Wags 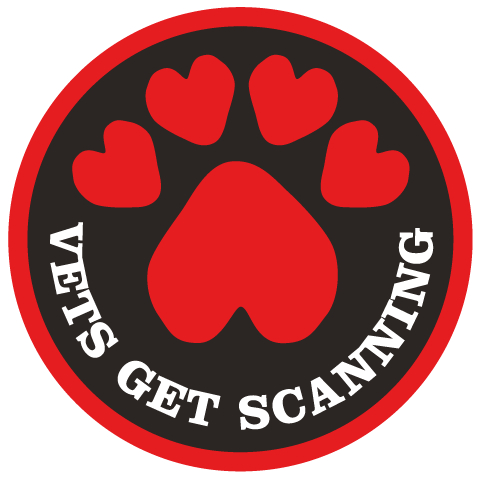