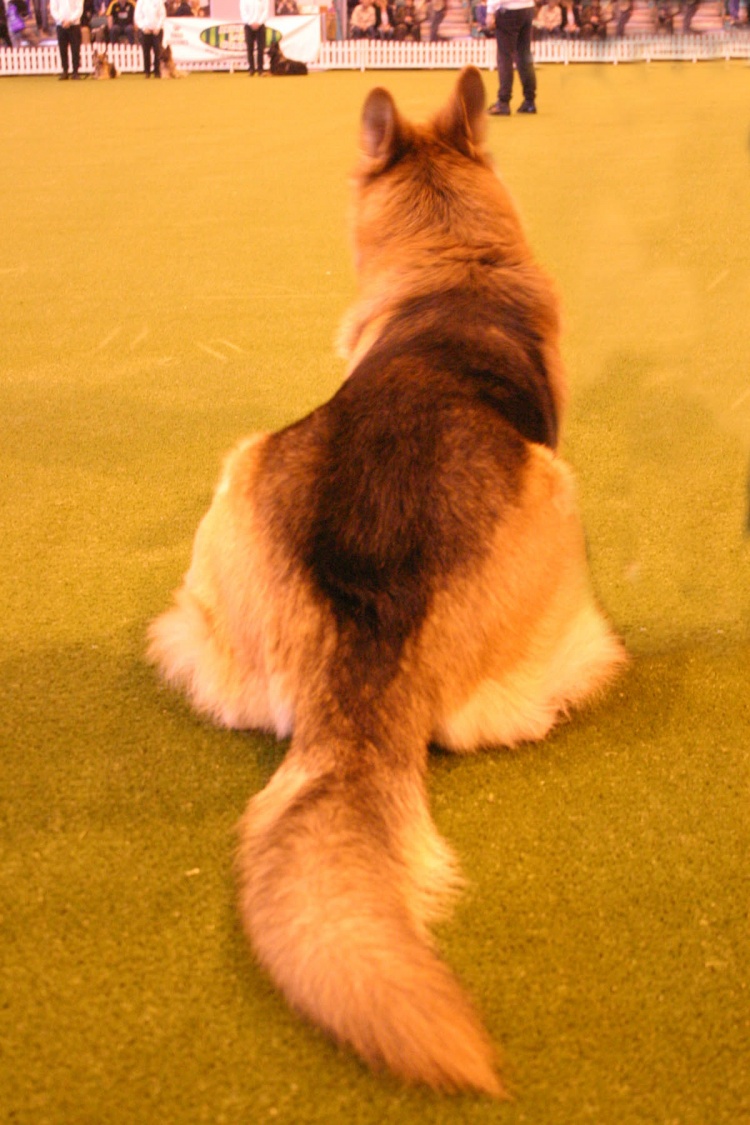 Today I’m going to talk testicles, no change there then I hear the retort!

In 2005 the Ig Nobel prize for medicine went to Gregg A. Miller of Oak Grove, Missouri for his artificial replacement testicles for dogs - aka Neuticles- which I think you should know are “available in three sizes, and three degrees of firmness”.
The Ig Nobel gongs are an American parody of the rather better known Nobel Prizes and are given for ten unusual or trivial achievements in scientific research. Before we Brits start to feel smug I can tell you that same year the Ig Nobel Peace Prize went to Claire Rind and Peter Simmons of Newcastle University for heroically "electrically monitoring the activity of a brain cell in a locust while that locust was watching selected highlights from the movie Star Wars".

Back to male gonads now; whatever we call them, in our dogs they are either prized or despised. General rescue can’t wait to relieve a dog of them as quickly as possible and see them as a tool by which the dog population will continue to grow and only by ultimate control and removal can they be sure the dog will not be used for breeding, indeed the RSPCA among others will castrate as early as 8 weeks, whether we agree with the timing we have to agree to the overall plan to halt the exploitation of dogs by overt breeding, but what happens in breed rescues?

With heavily coated breeds neutering certainly has an effect on the shine and texture of the dog or bitches hair.
Lhasa Apso’s and the like tend to develop ‘wooly’ coats, the setters tend to lose their sheen and the coat becomes profuse and dull but this doesn’t seem to affect all breeds. Top winning Shetland Sheepdog Ch. Myriehewe Rosa Bleu owned and bred by Gwen Beaden is a case in point, this lass was spayed following a catastrophic pyometra before she was a year old and it certainly didn’t hold her back in her spectacular show career.


Gonadectomy or castration in the male dog has been used not just to halt the ability to breed but has long been seen as a way to drastically lower the testosterone levels and in most cases the dog becomes less focused on proving himself and several of the unwanted but natural traits of a male dog such as marking territory or undue interest in the status of other dogs or in some cases any passing leg.

There are other methods to achieve a similar result without the surgery and removal.
Suprelorin is a subcutaneous implant about which the makers boast “You can suspend the libido without bruising the fruit”, I suppose in the delicate world of advertising this particular tag to the product it is better than we may have expected! Here is a method to temporarily suspend sexual function for 6 to 12 months and following this period the dog becomes fertile again.
Ferrets may like to know the same product will offer them contraception for up to four years! As a ferret’s expected lifespan is only 5 to 9 years it all seems less than satisfactory for the little critter. A ferret’s proud history includes ancestors used as hunters by Genghis Khan, there is even a painting of Elizabeth 1 with her ferret, it’s not only dogs that have worthy pedigrees it seems or a problem with their personal tackle.
Returning to dogs, there is another product available to lower the urge to merge and to treat the condition the makers call vagrancy. (In this instance that’s having the wanderlust and needing to get out onto the streets in search of a sex and nothing to do with shuffling through the streets with a couple of Sainsburys bags and a shopping trolley with a wonky wheel.)
Tardak is in simplified terms an injection of synthetic progestogen and an antigonadotropin , the Suprelorin implant works differently and works on the pituitary gland , I’m sure your Vet can offer further information if you are interested. Both of these products have been used in situations where mass temporary neutering is necessary, in countries where packs of dogs are on the streets for instance but where a neutering operation of catch and operate cannot handle large numbers all at once this offers a short term fix alongside vaccination and micro chipping to eventually control unwanted breeding.

One of the areas of disorder occurring in dogs who have not had their pockets picked is the prostate and for those dogs who are perhaps unable to withstand the anesthetic or for owners who wish to preserve those most precious of jewels the mentioned products offer an alternative, although there are other tablet based medicine specifically to treat prostate conditions.
One of the most common reported concerns is benign prostatic hyperplasia (BPH) and because so many show dogs are entire into old age it is perhaps a condition that we should be aware of to watch for the signs. The information I’ve given here is very basic and if any of the mentioned drugs are of interest to you then I suggest you do further research as to the pros and cons of using them, a decision to alter hormonal activity in a dog should never be taken lightly.
In the USA it is much more usual to neuter a house pet than here, hence the popularity if Mr. Miller’s artificial accoutrements, it begs the question of how many show dogs are shown au naturel in the testicle department, I fear we shall never know , after all they are "available in three sizes, and three degrees of firmness”.........

React to this article:
Growl
16 Wags