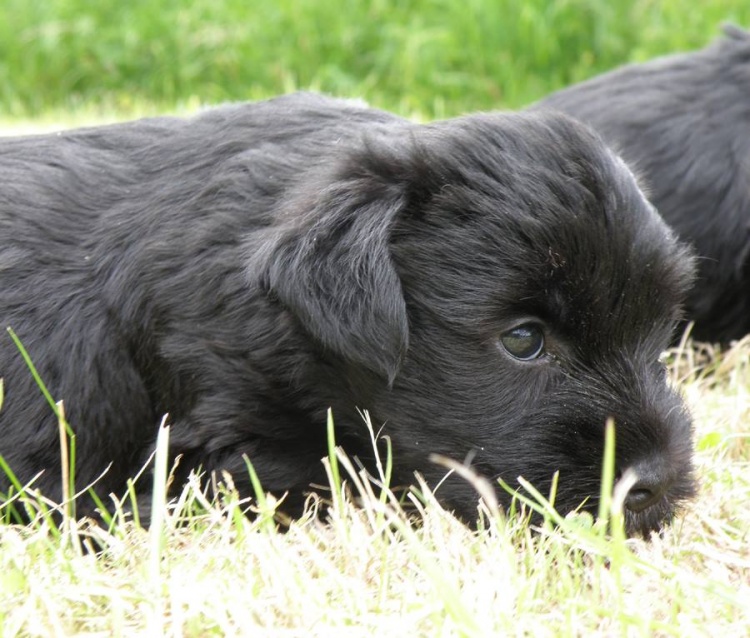 What is a dog breeder? At the most basic level, we can say that anyone who has a litter of puppies is a breeder, just as anyone who has a child is a parent. But does breeding just one litter of puppies really qualify someone for the title of dog breeder? Certainly those who have just a single litter from their pet bitch rarely claim this title. On the contrary, they are usually quick to point out to anyone that asks that “they are not a breeder”, but just had those puppies ‘to keep a puppy for themselves’, or ‘because all their friends wanted a puppy from their bitch’, or ‘so the children could experience the birth’, or – if they are really honest – ‘because it seemed like a good way of making money’.

How many of these “I’m not a breeder’ folk actually do go on and become proper breeders? Probably not many - having a litter of puppies is hard work; they are noisy, smelly, the friends who so desperately wanted a puppy suddenly find all sorts of excuses as to why they can’t actually have one at this moment, and the children found the whole process disgusting. Those who do see it as a money-spinner might be lucky and find themselves with a nice little nest egg that can be put towards a new car – or more likely to replace the carpet that the puppies ruined or the kitchen cabinets that they chewed – or, since breeding can be a risky business, they might find themselves with a big vet’s bill, and if they are really unlucky lose the puppies or even their much loved pet.

We ‘proper’ dog breeders are very good at being somewhat self-righteous, often claiming that our puppies are so much better than those bred by a pet owner. Actually, we are probably right. Few pet owners put much thought into their litter. They are more likely to use the dog down the road or, if they do search for a stud dog, go to one that is highly advertised but may not have the qualities needed to complement their bitch – indeed may have little to recommend him except a hefty stud fee. Health testing may regarded as a quick trip to the vet to confirm that the bitch is in good shape – not a knowledge of breed specific tests that should be done in order to ensure that inherited disease is not passed on to the pups. The bitch herself may be a reasonable example of the breed, or she may have conformation faults that will doubtless be passed on to her progeny. She may even be of a colour that is not standard for the breed.
There is a constant demand for puppies, and most of those choosing to buy a pedigree breed do so because they feel that they will thereby be ensured of getting a puppy that will resemble its parents in looks, size and temperament. So why do those of us who do regard ourselves as good breeders sell ourselves so short? We are so dismissive of those who don’t, in our view, do things properly – yet we go out of our way to make it difficult for would-be puppy owners to do the right thing.

For a start, we don’t breed enough. Shock horror! What did I just write? Yes, I’ll repeat it. We don’t breed enough. It has become politically unacceptable to admit to being a dog breeder. We justify our own breeding plans by claiming that we only breed when we want to keep a puppy to show, and we applaud those that have been in a breed for twenty years or so, and only bred a handful of litters. And, of course, we castigate anyone who breeds on a regular basis. I once heard a rather tongue-in-cheek definition of a puppy farmer as being anyone who has a litter of puppies for sale when you don’t. But what is wrong with breeding puppies that will give years of pleasure to their owners? For a start, there is a demand for well-bred puppies, and isn’t it better that people should buy from a responsible breeder who really has their breed’s welfare at heart rather than from someone who sees the pups purely as a saleable commodity?

One of our problems is that we make it so difficult for potential owners. We are downright rude when they buy a pup that does not conform to the breed standard; we criticize its conformation, its size and its colour – especially its colour! Maybe if we were a bit more supportive they would come to recognise the differences between their puppy and our well-bred litter, and who knows, when they want to add a second one to their family they might have learned enough to seek out a good breeder rather than return to the puppy farm or pet owner. We make it difficult in other ways too. Because we are so intent on proving to our fellow breeders that we are having a litter for the right reasons, we are coy about how much we are charging for our pups, often using the excuse that if people have to ask the price of a puppy they will not be able to afford its upkeep. But puppies are expensive, and people want to know – if they go to buy a car or a washing machine the price is clearly displayed. Those who exploit dogs by breeding for so-called ‘rare’ colours and those who cross ever more unlikely breeds and give them sillier and sillier names are not shy of quoting prices – and these are often far, far higher than the cost of a well-bred pedigree puppy from a breeder who has put a lifetime of experience into their litter.

We should be proud to be called breeders. We can have no excuses if by our elitism we make it so difficult for would be owners that they go to less than reputable outlets to source a pet puppy.

React to this article:
Growl
34 Wags