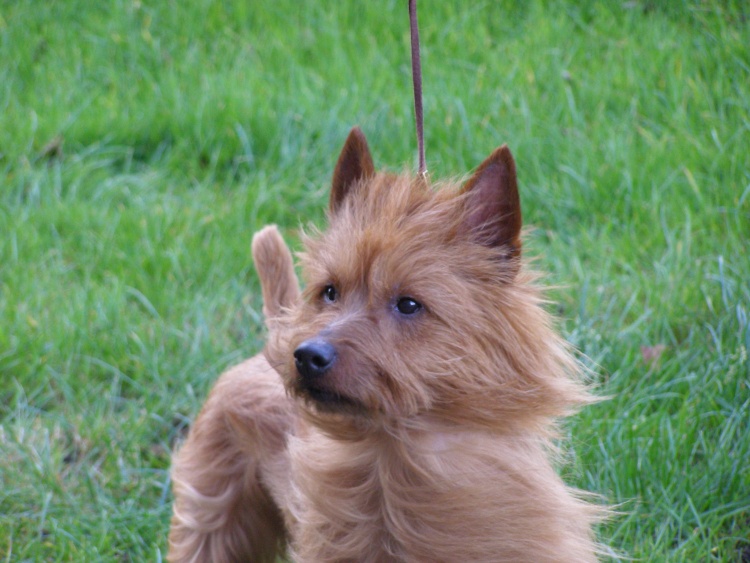 It can be somewhat daunting to arrive at your first show with your first show dog. Unsure of where to go and what to do, not really knowing whether you have the right equipment, and if your dog is trimmed correctly, it’s very easy to get stage fright – and we all know what happens to the dog when the handler is a bag of nerves! I wonder how many people come to one show, and are never seen again? If that hesitation and apprehension is compounded by the fact that those around them are not particularly welcoming then it’s not surprising if more than a few new exhibitors do not stay the course.

In an ideal world everyone who comes to their first show will be welcomed by lots of friendly faces. In practice, if they are lucky, the breeder of their dog will say a casual hello before getting on with the serious business of preparing their own dogs for exhibition. If they are really lucky the folk benched on either side will exchange a few words and help them to relax and enjoy the day, whilst their breeder will have thought in advance that they might need a hand with final grooming preparations and will be able to produce a spare ring clip, some tasty titbits or indeed any other vital accessories that have been overlooked by the novice.

Having a minority breed, I am always aware of any new faces in my breed – our numbers stay relatively static and over the last few years we have had hardly any new exhibitors. Whilst this is somewhat worrying it is nonetheless understandable. When only a comparatively small number of litters are born in any one year, the tendency is for all the quality pups to be shared around amongst established exhibitors. However, when a half-decent puppy does go to a pet home, there is always the hope that it might be shown, and with the right encouragement new owners might possibly become enthusiastic exhibitors. However, I suspect that in breeds that are not numerically challenged there is never the same incentive to persuade new owners to venture into the show ring.

Over the last couple of years there has been something of a wobble in entries at championship shows, and a much larger decline at many of the open shows, with quite a few going under completely. All sorts of reasons are put forward as to why this should be: it’s usual to blame the economy, and doubtless many people are feeling the pinch. Whereas many folk would take a day off work for a mid-week show a few years ago they are far less likely to do that now. When previously the purchase of a bigger car might be contemplated in order to travel several dogs in comfort, the tendency nowadays is to enter one or two, rather than a team. The price of fuel will always come into the equation and where exhibitors would enter every show, regardless of the judge, now they are becoming far more selective, and will stay at home if they don’t expect to win any awards under a particular judge. All of these are valid reasons, and certainly do go a long way towards explaining the drop in numbers.


But is that the only reason? Pedigree dog breeding is not as politically correct as it once was, and it is the show breeders that have taken the brunt of the criticism. Just how many new exhibitors are coming into our hobby? By ‘new’ I mean really new – not those that have shown a different breed in the past, but those that have never ventured into the ring before.

I suspect that the answer is very few. Most of us just fell into dog showing by accident. We bought a puppy and someone suggested that we ought to show it. We went along, had a modicum of success and were bitten by the showing bug. There are a few who decided that they wanted to show and set about the task of finding a suitable dog in a far more scientific manner – and almost certainly achieved success more rapidly! If you have bred a litter recently how many of your puppy buyers expressed an interest in the idea of showing? Unless they were already involved, I rather think that the answer will be very few. Oh yes, they still like to see the rosettes and the prize cards, especially if they have ‘Crufts’ on them – but I don’t think that they will have been quite as impressed as once they were. Suggest that the puppy they are buying could possibly have equal success in the ring, and although there might be initial enthusiasm for the idea, it usually soon disappears when they realise how much effort has to be put into keeping a dog in show condition.

In the UK ours is by and large a hobby with participants that are in the older age bracket. The YKC has done a sterling job of encouraging younger people to stay in the dog world, by giving them responsibility and recognition. But how many does this involve? More importantly, where are the generation in between? In most European countries it is noticeable how young many of those involved in the show world are. Not just exhibitors, but judges, show organisers, breed club committees. There is the occasional older face to be seen, but in general it is those in the 30 to 50 age bracket that are taking responsibility for running the pedigree dog scene.

Where have we gone wrong in this country? Without an influx of new blood our hobby will die. When the present generation of committee members and judges get too old and decrepit to carry out their duties who will take over? Those that have come up through the ranks of the YKC maybe – but they are often already doing their share. We need more people and we need them fast.

React to this article:
Growl
27 Wags