Maybe Room For A Re-think? 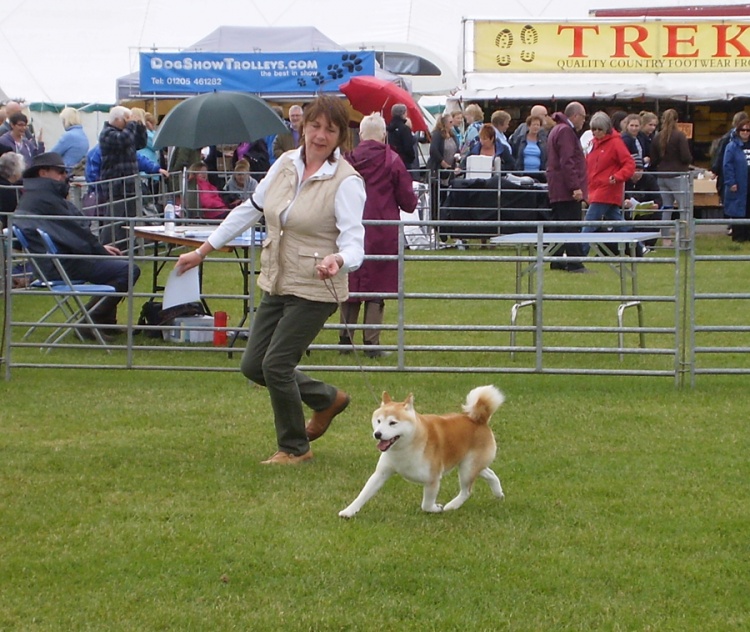 Ever since I started writing this column, one topic that has come up again and again has been that of judges and judging. Of course it is to be expected that when we are considering the assessment of dogs that are our pride and joy, we probably won't agree with the judge's decision - unless we win! However, putting our prejudices aside, it has been evident for some time that the majority of exhibitors have serious concerns about judging standards. Indeed it is a wonder that anyone ever bothers to enter a show if things are as corrupt as some claim them to be.

Earlier this year, after a lot of time and effort had been expended, a new Judges Competency Framework was launched. This wasn't just a minor tinkering wih the old system, but a whole new way of thinking about the training of judges and the way in which they would, in future, progress through the system - from getting the basics in place before stepping into the ring for a first judging appoinment, through to the ultimate accolade of being a Best in Show judge.

You would think that both exhibitors and judges would be pleased. For exhibitors there will be the reassurance that those assessing their breed will have at least a minimum knowledge of canine conformation, of KC rules and regulations and of basic ring procedure, and hopefully some knowledge of that breed even if they are struggling to come to terms with an understanding of classic breed type. Judges will have a clear-cut path of progression with easy access to educational material, and will no longer be dependent on goodwill or breed politics to reach the next level.

So is everybody happy? Of course not! This is the dog world after all, so people feel that they must find something to moan about. The initial gripe was pretty predictable and came from those who have been judging for decades. Take a short, simple test to prove that they understand KC rules and regulations? Why should they? After all they have been doing things their way - not necessarily the right way - for years. But rules change, and surely it should be a matter of pride tha when we judge we do it 'by the book' - in this case the KC's infamous Red Book. Having to check, once every five years, that we are up to date wih current regulations is hardly an onerous task, especially when it can be done online.


So, having disposed of that particular little grumble, next came the big one. Of course, to set up the KC Academy, add videos, online tests, offer judges their own dedicated accounts where they can record details of all the training they have carried out, judging assignments undertaken, even critiques of the dogs they have judged..... this is a big undertaking and expensive in terms of IT investment. Therefore judges will be expected to pay to access the Academy. The fee is £26 a year - that's fifty pence per week. In many other countries judges have to pay for their licence - but don't get these benefits in return. Until now prospective UK judges have had to travel the length and breadth of the country, searching out seminars, frustrated when they were fully booked, spending a small fortune to sit in draughty village halls to pass - or fail. The new system eliminates a lot of that. Requirements can be done online, in the comfort of your own home and at a time that is convenient. They are free, and if you fail - then try again. But still people complain. Maybe a prospective judge will get a friend to do an online test for them? For goodness sake, let's be realistic. Yes, there will be one or two that will cheat, but those are the people who would cheat anyway. Most will use the tests for what they are - a valuable learning experience.

Those who are just starting out on their judging career will have a rational, easy to follow route that will enable them to progress steadily, at their own pace, from that nerve-wracking moment when they step into the ring for their first judging appointment through to the thrill of being invited to award their first set of CCs.

For some that is the height of their ambition. They are passionate about their breed and have no wish to go further - and it is probably from this group that the most vocal opposition to the JCF has come. The UK is unique in the dog show world in having so many breed specialist judges. In one respect this is the strength of our system, since those who are dedicated to just one breed are not swayed by fashion or by the move to a generic show dog, but are looking for correct breed type above all else. At the same time it can sometimes be a weakness. Breed specialists are more likely to overlook conformational faults and even soundness in an exhibit that screams classic breed type, so that a judicious blend of specialist and allrounder is perhaps the ideal.

Those who can appreciate all different breeds and enjoy judging as an activity in itself, take pleasure in adding another breed to their CV, and for them £26 a year is a very small price to pay for the benefits they will receive from the KC Academy and the JCF. Similarly, for those just starting out on a judging career this sum is almost derisory when set against the amount of information that is available to them through the Academy. However I do believe that there is a case to be made for lowering this figure for single breed judges who may give CCs only once every three or four years since in effect they will be paying around £100 for the privilege. Small wonder that many have said that they will no longer judge.

React to this article:
Growl
26 Wags