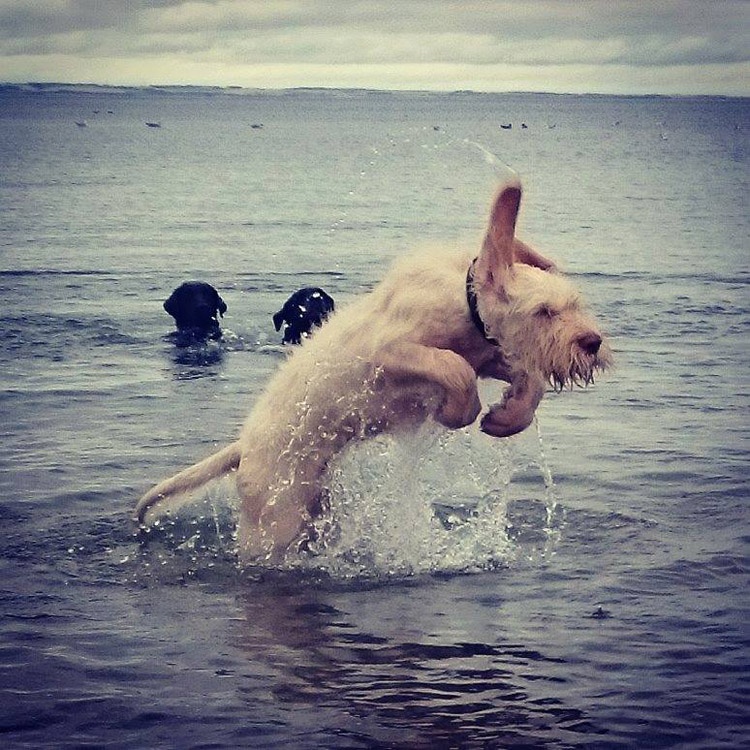 Just what is meant by ‘KC registered’?
To most of us the words indicate that the dog in question is of a recognisable pedigree breed; that its parents, grand-parents and all its relatives are of the same breed, and all have a fairly similar look to them with regard to size, shape and coat. There may be differences in colouring, depending on the breed, but otherwise they are obviously all of a type.

As we have recently discussed in this column, this no longer seems always to be the case, certainly with regard to acceptable colour, and often the dogs that are of a non-recognisable colour also have quite obvious conformational difference from the breed standard dog. At one time, ‘KC registered’ was regarded as a mark of quality – and still is amongst some people – but the sad truth is that nowadays such a claim means very little unless the owner has a wish to compete in conformation classes or canine sports; Many pet owners never even get round to changing the ownership into their name after they have taken the new puppy home.
Most breeders apparently own vast numbers of dogs according to their MyKC account, simply because many puppies are still recorded as being in their ownership, even though they may well have been sold some years ago. Whether this situation will change as the new microchip legislation becomes more widely understood and adhered to is still to be seen, but the fact is that transferring a new puppy’s registration seems to be pretty low down on the list of priorities for most owners. It’s enough for them that their pup came with ‘papers’ – although often they have no real understanding of what those papers indicate.

Realistically, KC registration is only of any importance to those wanting to breed or to compete. It is the traditional method of recording pedigrees and keeping track of the bloodlines that are active within a breed. An official recording system, independent of individual prejudice, inaccuracy or laziness has to be a good thing. Those breeds outwith the KC system that maintain their own registries are always dependent on the goodwill and efficiency of the person holding the breed records. An official scheme, administered by a corporate body has to be more reliable. For those who are serious about their breeds the very idea of unregistered litters is an anathema. Puppies that are not entered into the system are effectively lost to the breed as a whole – maybe not so important in a breed that is numerically strong, but disastrous in a rare breed.


Of course the opposite is also important. Where litters are registered and thereby accepted into the system with fraudulent details they are given an unwarranted legitimacy and will in time be forgotten – if indeed the deception was ever known about in the first place. The KC registration system has always been dependent upon trust, and in many breeds there have been occasions when that trust has been misplaced. Frequent are the tales of the champion male that was unable to perform and whose stud duties were undertaken by his untitled but more enthusiastic kennel mate. The Kennel Club was, from its very beginnings, run by gentlemen, for gentlemen, and it was understood that each breeder’s word would be taken on trust. Times have changed. Where once pedigree dog breeding and exhibition was in the main undertaken as a serious hobby by those with the facilities and money to do it on a large scale, the days of the big hobby kennels are long gone. The fanciers of an earlier era have been replaced by hobby breeders, equally passionate about their breeds, but able to keep only a very limited number of breeding animals, and by the commercial breeders who see dog breeding merely as a business. For many of the latter, KC registration is an added selling point, and if they bend the rules a little, does it really matter?

We are at a point where the KC really has to take a long hard look at the situation and decide exactly what it stands for. The argument is always that it’s better to keep people in the loop by allowing registrations on trust, than run the risk of excluding them by putting more obstacles in their way. That’s an easy way out. It might help to balance the books – and the KC is always quick to point to the huge sums that the Charitable Trust donates to canine health research each year – but it doesn’t legitimise false registrations.

Some kennel clubs already insist on DNA profiling as a means of confirming the accuracy of pedigrees. Of course, if that were to be introduced in the UK there would be an outcry from many, probably the same people who claim that the KC makes a huge profit from the Assured Breeder Scheme – not true – and who think that a £26 fee to access the KC Academy is extortion on a grand scale. But, as part of the legitimate cost of rearing a litter properly, shouldn’t a guarantee of parentage through DNA profiling stand there with KC registration and pedigree, vaccination, appropriate health testing and a microchip?

For those of us who value the history of our breeds and the integrity of our pedigrees, the knowledge that there are increasing numbers who seem to feel that they can manipulate the KC registration system to their own ends, and continue to do so even when anomalies are pointed out, is nothing less than a betrayal. Sadly there are many who now feel that ‘KC registered’ is no longer a mark of quality, rather just an indication that someone has filled in the forms and handed over the requisite sum of money. It could be argued that this was always the case, but where there were previously occasional cases of deception, fraud is now occurring on a regular basis. The solution is simple – the question is which is more important, integrity or profit?

React to this article:
Growl
21 Wags