A Question Of Colour 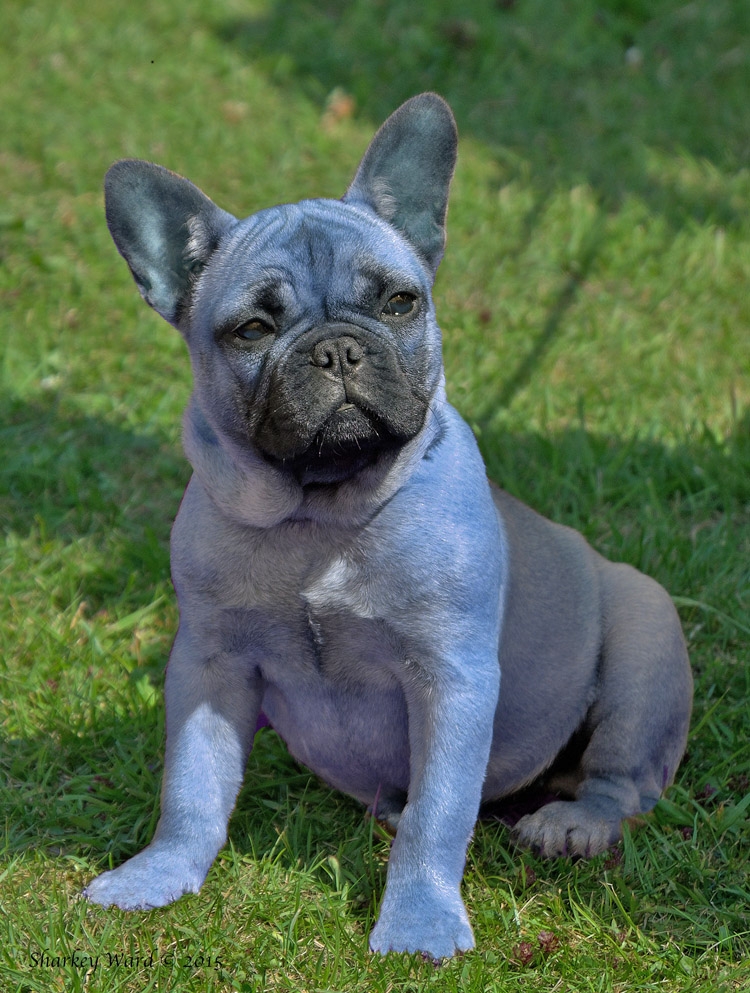 Just as I was writing last week’s column, the KC issued a press release on the subject of Colour Not Recognised (CNR) registrations. It is tempting to say that this was long overdue, but since it does appear that great consideration has been given to the subject, let’s just be pleased at this move. Little steps the new proposals may be, but at least they are in the right direction.

Examining the press release in detail, it is good to note that at long last the KC is admitting that there is a real problem with breeding solely for colour, with little regard for health or breed type. Those who specialise in producing ever more weird and wonderful colours that are not covered by the breed standards, often have little concern for the welfare of their bitches, and dupe gullible buyers into paying vast sums of money for so-called ‘rare’ puppies, that are genetically impossible other than by an outcross to a different breed. In other words, they are charging thousands of pounds for mongrels. It can be argued that if buyers are prepared to pay such sums to get something a bit different, then does it matter? A lilac ‘Pug’ may simply be a crossbreed to a purist, but if the owner loves it, does this really matter?

Yes, it does. It matters for several reasons. Firstly because one of the main advantages of buying a pedigree puppy is that you will know exactly what it will look like as an adult: colour, size, even temperament will be fixed to a large extent. Secondly, because an ethical breeder will have carried out all relevant health tests for that breed and will be able to show you certificates, not only for the parents, but also probably other relations as well. If this new, expensive puppy is described as CNR that colour must have come from somewhere – it is highly unlikely to have occurred spontaneously as a gene mutation – and that ‘somewhere’ is from another breed. As a result this CNR puppy may well, as it reaches maturity, show evident signs of its ancestry. It may turn out to be much bigger than expected; the coat may be quite untypical in texture; worse still the temperament may be far more challenging than that expected of a particular breed.

Breed integrity may be regarded as unimportant to anyone other than a dedicated aficionado, in fact there are some who regard all pedigree dogs as unhealthy and would actively encourage cross-breeding. However, this shows ignorance of the subject, since careful and informed choice of parents within a breed, is more likely to eliminate health issues affecting that breed than a random choice of pairings without knowledge of the health status of ancestors on both sides.

Having listened to concerns from the breed clubs and others, the KC has announced the first phase of measures, to be put in place immediately, which will, it is hoped, go some way towards addressing the problem. First of these is a significant change to the KC database, which will enable the colour of each puppy to be recorded accurately – not merely as CNR. This will give a far better indication of how these various colours are being spread throughout an individual breed, although it does still rely on breeders being honest about the colour of their puppies – something which hasn’t always been the case in the past.
Education is obviously the best way to change opinion, and there are new links on the KC website explaining about the recognised colours in the various breeds, and explaining about issues that occur when litters are bred specifically for colour. Assured breeders will have to prove that they have carried out not only health testing that is required for their breed, but also tests that are only recommendations, and the KC will no longer allow their own affix (used for those breeders who haven’t registered a kennel name of their own) to be added to puppies of unrecognised colour.

These are very small steps, but nonetheless significant. Many will feel that they haven’t gone far enough, but we will have to be patient and hope that this indeed merely the first phase of an ongoing plan to address the CNR problem.

However, there is one point in these new proposals with which I, and many others, take real issue. Under the heading “Engaging with puppy buyers” comes the following statement:

”After data on CNR registrations has been collected for a number of months, the Kennel Club plans to advise CNR puppy buyers, at the point when they transfer their puppy into their name, about the need to choose a mate of a recognised colour if planning to breed from their puppy in the future – if they fail to do this, they will run the risk that the Kennel Club may not register the progeny.”

One has to ask why the KC should even suggest that the idea of breeding from a CNR dog is remotely acceptable? Breeding to a dog of recognised colour may ensure that some of the pups in the ensuing litter are of standard colour, but it doesn’t eliminate the CNR breeding behind them. In genetic terms, whilst the phenotype might be more acceptable, the genotype is unchanged. Why not come straight out and say that pups from parents who are both CNR will not be registered? There is already a precedent for this, as the KC will not register merle/merle matings. It would be far more satisfactory if the KC were simply to endorse every CNR puppy, so that their progeny would not be eligible for registration.

However, at least the threat is there, so maybe this is something that will be brought in as part of phase two of the plans to tackle this complicated subject. At the same time perhaps thought could be given to the idea of insisting on DNA profiling of all CNR puppies to ensure that the claimed parentage is correct.

React to this article:
Growl
24 Wags