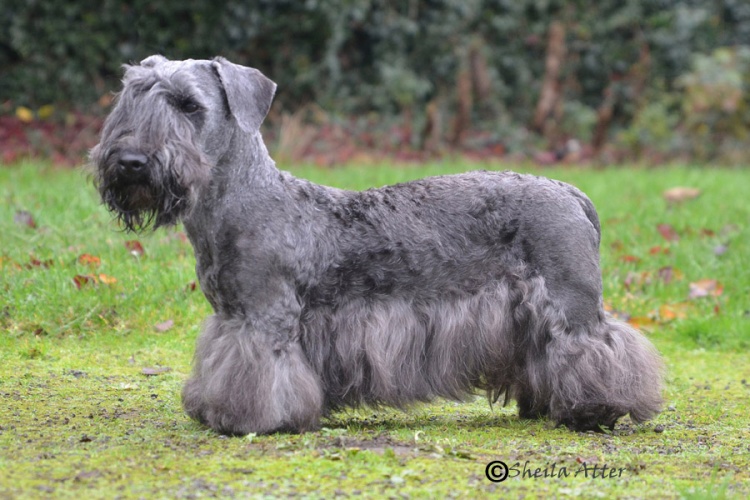 <p>Welcome to Maintaining the Standard - or if you have been following the column for several years, welcome back. For those who haven't come across it before (where HAVE you been?)</p>

<p>MtS is the place where those who are involved with pedigree dogs - either as breeders, exhibitors or judges - can have their concerns voiced, and when necessary awkward questions can be asked of the Kennel Club.</p>

<p>The original brief for the column was to speak for 'ordinary dog folk' - the likes of you and me, who support shows on a regular basis, always hoping to hit the top but not always succeeding, who breed the occasional litter as responsibly as we can, who enjoy our dogs and take a modest pride in our achievements. When we judge we take pride in doing a good job. We like to think that we are fair and honest, treating friend and foe exactly the same.</p>

<p>Because we try to keep our standards, in all we do, as high as we can, we get angry and upset when we see others breaking rules with impunity. We particularly despise the 'them and us' attitude that has crept into this hobby of ours over the years. If we see an injustice we want it to be acknowledged and then righted.</p>

<p>Does this make us sound too good to be true? On the contrary, I believe that in general those who class themselves as 'hobby breeders', who enjoy keeping their dogs in tip-top condition so that they can compete in the conformation ring, who like the challenge of competition, but can enjoy the social side of dog showing as well, are genuinely good, honest folk, who from time to time need a voice - and this column is their voice.</p>
<p>Over the years we have tackled a variety of subjects. Some, such as the Assured Breeder Scheme, the problem of 'colour not recognised' registrations and the failures of the KC to adapt to and tackle the issues of the day, have been recurring themes. Other topics have been diverse, but important at that particular moment. The column hasn't been afraid to tackle difficult subjects - the question of bullying within the show world has come up from time to time, whilst probably the worries about sexual exploitation, especially of children, was perhaps the most difficult, but at the same time most important column I have ever written, and elicited more response than any other.</p>

<p>Maintaining the Standard depends very much on YOU, the reader, offering suggestions, voicing your concerns, pointing out where things are going wrong. It's my job to ensure that those concerns are brought to the attention of the authorities, as well as commenting occasionally on some of the sillier decisions made in Clarges Street. I can't promise that the column can right all wrongs - but it can at least get them out into the open. Over the years notice has been taken, and it is my intention to remain as a thorn in the flesh of authority as often as necessary, although I am more than ready to acknowledge the good things achieved by the KC as well. Oh dear, this all sounds very earnest - but we have laughed together too.</p>

<p>Over the last few years, pedigree dogs have taken some pretty savage hits. The question of canine health has always been a major consideration for ethical breeders, despite what some would believe, but it cannot be denied that the TV programme Pedigree Dogs Exposed highlighted some serious failings. The KC's knee-jerk reactions at the time did little to help matters, and nine years on we are still to a large extent playing catch up on that subject, whilst now the linked issues of the popularity of brachycephalic breeds, the promotion of so-called rare colours and the illegal importation of puppies are bringing ever increasing problems of their own.</p>

<p>The KC today is a different institution from that which existed in 2008, but some things haven't changed. Two chairmen have exerted their influence on the club since then, and now we have a third incumbent who promised, when he took office, that the KC would be open and transparent. Whether he has succeeded in this aim is questionable.</p>

<p>On the one hand Board members are now far more visible, both at shows and on social media, but then just when we get the impression that the 'them and us' barrier is finally being broken down we have the rather embarrassing spectacle of someone as well-respected as Ian Seath being reprimanded and removed from various KC committees because of a catchy headline on his blog. "Lies, damned lies, and KC statistics" prefaced a well-reasoned argument as to why the KC's assertion that holding breed club shows alongside general championship shows led to an increased entry could be demonstrated to be not entirely true for his breed. This was apparently deemed to be conduct unbecoming of a KC member - who presumably should never question the KC's view. Ian has done a lot more than most KC members to promote canine health and is an internationally respected figure in the Dachshund world in particular and amongst breeders in general but at least, unlike that other thorn in the KC's flesh, Alan Hedges, he was not stripped of his membership of the Club. Alan's sins are a little difficult to comprehend, in that he was accused of fronting a Facebook page that highlighted bad judges, an undeniable fact - but what is equally undeniable is that the page was removed after the KC complaint. However, he had upset the KC hierarchy some months before by causing them great embarrassment at the club's AGM, with a proposal that led to a defeat for the policy supported by the Board, and there were many who saw his expulsion as payback for his actions.</p>

<p>We are at a crossroads. We at Dog Focus will do our best to ensure that we can play our part in Maintaining the Standard through the changes that are inevitable.</p>

React to this article:
Growl
18 Wags