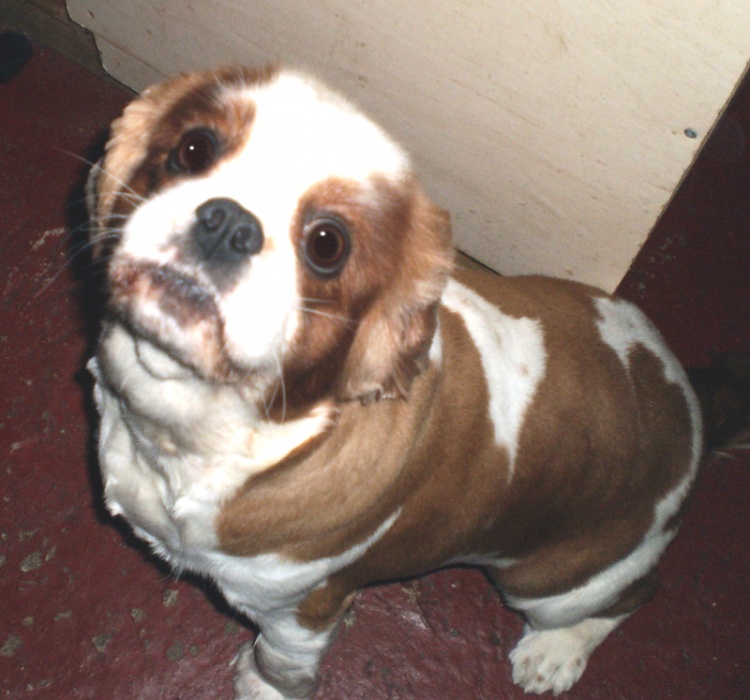 ‘Adopt, don’t shop!’ It’s such a catchy phrase, isn’t it? And, of course, there are lots of reasons why people should be encouraged to look for a rescue dog, rather than just jumping in and buying a cute puppy. For the dog that ends up in rescue, for whatever reason, the hope is that this will be a happy ending, a forever home that is loving and kind. For the potential owner there is a definite feel good factor; the knowledge that they are contributing to a happy ending for a dog that has fallen on hard times, a dog that is at the very least confused and scared by the change in his circumstances. Not least, adoption brings satisfaction and relief to the hard-pressed workers who see what sometimes seems to be a never-ending stream of unwanted dogs through their doors.

Not everyone who is looking for a dog wants, or indeed can cope with a puppy. An older, more settled dog might well fit their lifestyle far better, and rescue kennels and organisations are the obvious first place to look. However, a culture of condemnation has developed. There is, amongst many, an attitude that having a dog that came from a breeder is somehow something to be sneered at. There is a self-righteousness amongst many who own rescue dogs, looking with disdain at those who haven’t wanted or even felt themselves able to do the same.

Some dogs bounce through life no matter what fate throws at them. However, many rescue dogs come with issues. For some owners this isn’t a problem. For them it’s all part of the package – the sense of achievement when the pathetic, nervous, skinny dog they took home blossoms into a beautiful, confident individual that walks by their side with pride. Sadly that isn’t always the case. Sometimes the owners just haven’t got the knowledge and skill to undo the harm that has been done to the dog in the past; occasionally the dog has been damaged beyond help. If this is the case, the conscientious owners struggle along, resigned to a life with a dog that is not a joy to live with out of a sense of duty – or else they return the dog, leaving him even more confused whilst they hope that someone else will take on the problem.
Rescue has it seems become an important part of our country’s lifestyle. There are now several television programmes dedicated to the work done by the big charities. Paul O’Grady’s work with Battersea Dogs Home has undoubtedly raised the profile of rescue dogs in general and that organisation in particular. A compelling new series being aired on Channel 4 at 3pm all this week contrasts the sterling work done by the volunteers from the small charity Doglost in helping distraught owners whose dogs have been lost or stolen, with the state of the art facilities in which the Dogs Trust houses dogs that have been abandoned and are wagging their tails with enthusiasm at all the staff and visitors. It may make for good TV, but does it really show the whole picture? Pretty, bouncy, well-socialised puppies may indeed, as the commentator said, have flown out of the door, but what of the long-term inmates who have become institutionalised and are now almost impossible to re-home? In truth, rescue isn’t the happy, waggy experience portrayed on our TV screens. It is hard, often soul-destroying and sometimes downright dangerous, and most rescue organisations struggle along, relying on volunteers to clean out kennels and raise much-needed funds.

And still the dogs are handed in. If we are really a nation of dog lovers why on earth should this be the case? There is, it seems, an endless supply of dogs waiting to fill the kennels at most rescue centres. Those connected with pedigree breeds can usually categorise the reasons why dogs come into their rescue schemes: the death of elderly owners, a change in the owners’ lifestyle and, increasingly, an inability (or unwillingness) to pay hefty vet bills seem to be the most frequent. Of course, any ethical breeder will have their own puppies back – no matter what age they are. The existence of breed-specific rescues and the willingness of breeders to take responsibility for their own means that the vast majority of dogs seen in all breed rescue kennels are crossbreds and lurchers or, if graced with a breed name are at best more accurately described with the suffix ‘type’.

Instead of promoting rescue dogs, shouldn’t we be condemning those breeders who don’t take responsibility for the puppies they produce? In theory, this should be simple – check the microchip and demand financial recompense for the expenses incurred by the rescue. Except, of course, that the microchip law doesn’t work. Whilst responsible breeders follow the letter of the law, ensuring that all their puppies are chipped to them before leaving home, the irresponsible don’t bother. Indeed, vets report that a majority of the pups coming to them for first vaccinations are not chipped. Two or three homes further on, and if the dog was ever chipped the details are out of date……

Dog breeding is, for some, a very profitable business, and in some cases, rescue has also become a profitable occupation. Lovely as the Dogs Trust state of the art kennels are, wouldn’t it be fantastic if they were standing empty? Perhaps not for everyone – many jobs would be lost if that were the case. But it is the DOGS that should come first. If would be owners could be educated to regard the first port of call in their search for a new dog to be an ethical, caring breeder who will provide life time back up and support, the less scrupulous would eventually go out of business. A good relationship with the breeder means less chance of a dog needing to be re-homed so there would be less need for rescue organisations. Isn’t that a win-win situation?

React to this article:
1 Growl
14 Wags