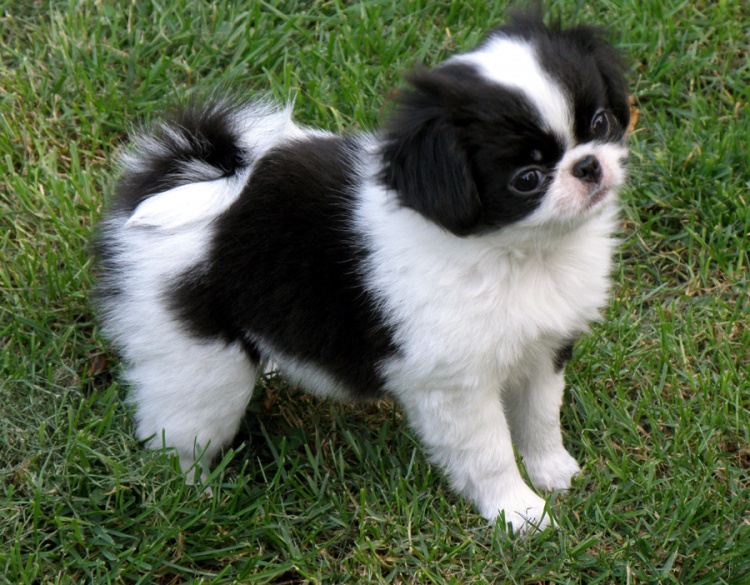 Friends of mine have a stud dog that has thrown some rather nice puppies. Over the last few years it has become traditional for them to invite a few of us round for lunch occasionally, in order to see the latest crop of his youngsters and maybe lift a glass to toast the success of his offspring in the ring.

Driving home from just such an occasion yesterday, I fell to musing about the various times that I had been invited to ‘come and see the puppies’. It used to be quite a regular thing. Two or three of us would gather around the litter, stack them, then appraise them on the move. We would discuss their good points and the not so good, evaluate their temperaments, watch them just playing. Then, when the pups were tired we would sit down for a jolly lunch, put the dog world to rights, and enjoy each other’s company. In the afternoon as the pups sprang to life again, we would have another look, express our opinions – not that we always agreed, of course - and then wait patiently until these young hopefuls appeared in the ring to see if our predictions were correct.

I remember one such occasion very clearly. There were two bitch puppies that stood out, one of exquisite breed type, the other an obvious eye-catcher, but perhaps not quite so classic for type. Unfortunately the first bitch had a not-quite perfect mouth, and opinions were divided. Type or showmanship? My own view was that type was more important, but others pointed out that she would sometimes be knocked for that mouth fault. We left the breeder to decide for herself and she chose to go with the perfect mouth, a wise decision it has to be admitted, since that particular bitch ended up as the breed record holder, the first champion in the breed and, perhaps most importantly, founded a dynasty of her own, being a very successful brood bitch as well as a stunning show dog. What of her sister? She went into a pet home and I never saw her again, but I have often wondered how she turned out.

Puppy parties can be not only enjoyable – the pups have a great experience, getting a good dose of socialisation from strangers who are used to handling puppies, so there are no heart-stopping moments as clumsy children hold them awkwardly or worse still, drop them – but are also a great learning experience for all concerned. Even the most experienced breeder can learn from every litter they see. How did those particular lines nick together? Has the stud dog’s lovely temperament come out in these pups? Has the kennel’s recognisable type been maintained, even though the stud dog was an outcross? These are all points to ponder, along with the more obvious question of which pup is the keeper?


This sort of occasion seems to be less popular nowadays. Is it because modern breeders aren’t so ready to have their pups criticised? One or two old school breeders are, it has to be admitted, quite prepared to be blunt if occasion demands, and if a litter doesn’t look to have anything of real quality, they will say so quite forcefully. That is what we expected years ago – and was possibly why we invited such stalwarts along to view our litters, because we wanted confirmation of what we already knew in our heart of hearts. Times have changed. Puppies are photographed almost from the moment they are born, and their quality is judged by the amount of ‘likes’ the pictures gather on Facebook. Whether it is thought that bombarding others with so many photographs – all of which garner wonderful comments from viewers – will influence judges when the pups finally reach the ring I am not sure. If people really do think that, then they are not giving much credence to the integrity of those judges. Don’t get me wrong. I love to see beautiful photographs of puppies of any breed, and fortunately I have several FB friends in different breeds who can always be depended on to brighten my day with a charming puppy picture. It’s the photographs of gawky pups, standing badly – in effect showing off their worst points – that I have to wonder about. Why do people feel the need to share these with their fellow exhibitors? As I said, I love to see puppy photos – but to appreciate them as puppies, not merely as potential show dogs.

Maybe it is time to get back to the idea of visiting each other, having a little social time together away from the pressures of the show ring? It doesn’t have to be puppies – but puppies are a good excuse – and it doesn’t have to be your breed. The pups I saw yesterday aren’t of a breed or even from a group that I have ever owned, but time spent just sitting and watching is time well spent. The more you see, the more you learn, and if you are willing to listen to the comments of others with years of experience you will pick up nuggets of wisdom that can be applied to any breed.

Times have, of course, changed. It is probably only those of us who are from an older generation who even have the time, let alone the inclination, to spend a leisurely afternoon in such a way, whilst the younger generation have the self-confidence to make their own decisions with regard to breeding, whether it be the choice of a stud dog or if the litter looks to be a success in terms of show ring potential. They do not always welcome what they perceive as ‘interference’ by those who have already been there, done it – and made their own mistakes.

Looking round the gathering yesterday I realised that between us we had not decades, but centuries of experience in dogs. Surely that should count for something? Or is it now the case that the only opinion that is valued is the one expressed on social media?

React to this article:
Growl
22 Wags