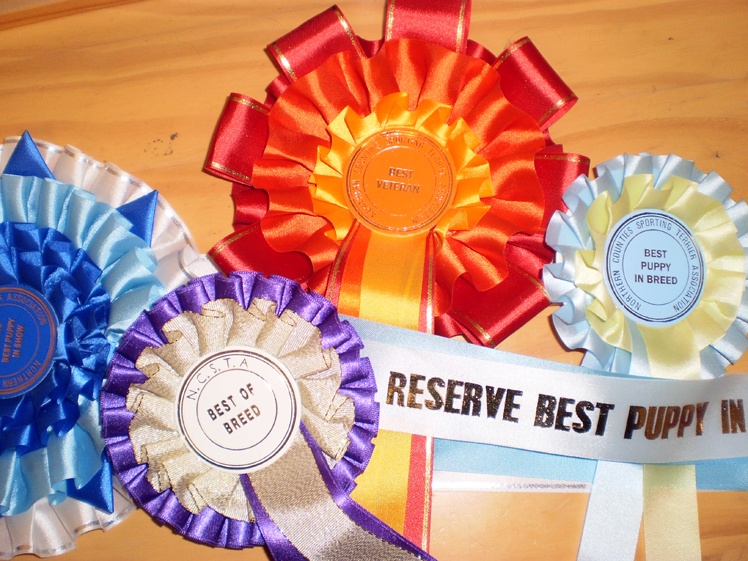 The Dog Show Promotion Working Party first met in September 2013, so has been deliberating for four years. Their report, published today, is obviously the result of much consultation – in fact I can’t think of any other measures taken by the KC that have given so many people the opportunity to get involved: surveys, meetings, frequent requests for people to send in their thoughts and ideas. In reality those who didn’t bother to contribute have absolutely no right to complain if they haven’t got what they wanted.

So what have we got? First, let’s agree that these new proposals aren’t really about encouraging new exhibitors, but rather about keeping the interest of the ones that we already have. The Junior Warrant regulations have been relaxed somewhat – a sensible move, as in many breeds it is almost impossible to gain a JW. It is all very well having high standards so that people feel that they have achieved something really worthwhile, but a little counter-productive if the requirements prevent folk from even trying. The Show Certificate of Merit has morphed into the Show Certificate of Excellence - twice the number of points needed, and all must be gained after the age of eighteen months. It’s a logical move that hopefully will give exhibitors a reason to continue showing their dogs after they have reached maturity and whilst, in reality, any dog of a reasonable standard can, with the numbers shown in most breeds at present, achieve the ShCM in time this new award will need a little more persistence.

Dogs that win both awards will automatically be granted the title Open Show Winner – which will be carried in front of the name. That seems a slightly strange decision to me – in every other country where ‘Winner’ titles are awarded they are used after the dog’s name.

One new initiative that will, I’m sure, meet with universal acclaim, is that in future breeds on the Imported Register will be allowed to compete at Group level, and will be able to work towards the ShCEx. The removal of the restriction that saw IR breeds condemned to life in a corner, never given much exposure to the wider show world, was restrictive to say the least. It says much for the enthusiasm and resilience of all who campaign IR breeds that they do persevere for so long. Neither they, nor the Rare breeds will be able to win a Junior Warrant, so cannot gain the OSW award – which is rather a shame, as this accolade would be more meaningful to those who have no chance ever to make up a champion. The reasoning behind barring these breeds from winning a JW seems to be purely that the JW carries automatic entry into the stud book, and non-CC breeds cannot earn a Stud Book number. Of course, that’s not quite true, since a SBN can be earned by any breed in certain other disciplines – such as gundog trials. I have heard a suggestion that this might be looked into in the future. I do hope so – there are always a few outstanding animals that never get the chance of formal recognition because their breed does not have CC status. Their worth may be recognised in their own breed, but not in the wider canine world. The opportunity for such individuals to be entered into the KCSB would surely be a positive step.
A completely new award is the Veteran Warrant, and I’m sure that this will be very popular. Our veterans love their show days, and not only will it be good to see their quality rewarded, but it gives an indication to the general public as to just how fit and healthy our pedigree dogs can be. I’m a little disappointed that the DSPWP didn’t go the whole way, and introduce a Veteran Champion award, but since points for the VW title can only be obtained from open shows, maybe there will be a place in future for a Veteran Champion title to be offered at championship shows?

Taken together, these new measures should generate a revival of interest amongst competitors at open shows. Is it enough? Many open shows are struggling to continue, and it could well be argued, indeed some have done so, that there is a case for scrapping many of the less successful shows – although whether that would see those entries transferred to another show is a question that it is almost impossible to answer. Unless more, a lot more, exhibitors can be encouraged to go to open shows these changes can only be compared to applying a sticking plaster to a broken leg. What we do need are more dogs and more people. The present proposals aren’t designed to tackle that problem, and we are promised that there is more to come. One thing that this latest announcement has taken on board from the proposals about the Judges Competency Framework is that there is absolutely no point in presenting exhibitors with too much information. The JCF document is very comprehensive, but most people are still struggling to take in all the detail.

When the announcement was made about the new all-breed championship shows, one stipulation was that these shows would have to organise events that would attract a wider public, not just the confirmed show exhibitors. I understand that an announcement about the plans for events all around the country will be made fairly soon – and it is hoped that these will be an excellent means of getting new folk involved in showing their dogs. That makes sense – people who are actually at a show, whether as judges, exhibitors or committee don’t really have time to enthusiastically answer questions and offer encouragement to those who think that they just might like to have a go at exhibiting themselves.

All in all this is excellent news from the KC. It’s now up to us, the exhibitors, to embrace these new awards and ideas and take things forward in a positive manner. Never before have so many people been invited to offer their opinions as to what changes needed to be made. Mark Cocozza and his team have listened to us, so it is now up to us to make this work!

React to this article:
Growl
27 Wags