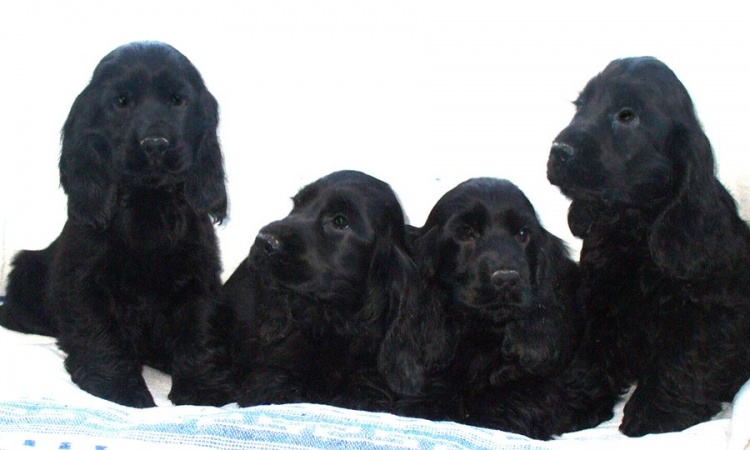 Whether we like it or not, the public perception of a dog breeder is someone, almost certainly female, living in a fairly untidy, probably smelly, house, surrounded by far too many dogs. Good dog breeders are usually portrayed as being far more concerned about the welfare of their dogs than they are about their own health and well-being – often described, somewhat disparagingly as ‘the salt of the earth’ – the kind of person you would turn to in an emergency, but not necessarily invite to a dinner party where you were trying to impress your boss. Bad breeders are evil puppy farmers, keeping their dogs in hell holes where they barely see the light of day and spend their miserable lives churning out sickly puppies that are sold on to pet shops or dealers.

In days gone by, admitting to being a dog breeder was perhaps socially acceptable in certain circles – OK if the breed concerned was a gundog or hound, or even a fashionable toy breed, but somewhat dodgy otherwise. The broadcasting of the TV documentary, Pedigree Dogs Exposed, probably changed the public perception of the dog breeder overnight. Dog breeders are now vilified. They are all, so some would have us believe, only concerned with lining their own pockets with no care whatsoever for the health and welfare of their dogs. And show breeders are the worst. They will compromise everything for the chance of a red rosette. Of course that doesn’t include the nice lady that you bought your beautiful puppy from – but she is obviously the exception that proves the rule, because she really gave you the third degree before she would even let you see her pups; she talked about the health testing she had done in order to ensure that the pups would be able to live a long and healthy life; she has been with you every step of the way, offering support when you were worried about the responsibility you had taken on, and eventually becoming a valued friend.

The truth, of course, is that in dog breeding as in every other walk of life, there are the good, the bad and the indifferent. There are probably quite a lot of breeders that fulfil that original perception – too many dogs living in a fairly chaotic house – but those dogs will be well cared for and the breeder may well have a life time of knowledge and experience in their chosen breed. There are some dreadful puppy farms that don’t deserve to exist in a civilised society. There are some show breeders that have little regard for anything other than their next big winner, and are prepared to compromise on health issues in order to get it – and equally there are many show breeders that are highly responsible and extremely knowledgeable when it comes to breed health.
The KC’s Assured Breeder Scheme, and its subsequent accreditation by UKAS has met with a mixed reception from dog breeders since its inception some twelve years ago, but what it has done is to place emphasis on the breeder doing things correctly – from having clean premises with adequate facilities for bitch and puppies to ensuring that there is an easily accessible paper trail covering all aspects of breeding and selling those puppies: from veterinary care, through appropriate health testing to registration and microchipping.

Despite what detractors would have us believe, a large number of dog breeders are responsible and ethical. They care very deeply about the health and welfare of their puppies and about the breeds themselves. Yes, there were things wrong in some breeds; but PDE was broadcast nine years ago, and a lot has changed since then. It is therefore very disappointing to learn that animal husbandry courses in some colleges and universities are still using the film as course material, without any comment or even opportunity for discussion. It is even more concerning to learn that those students who do have a more balanced view, often through participation in the show world themselves or having parents that breed pedigree dogs, are sometimes shouted down and are scared to try and redress the balance for fear of being ridiculed.

A recent case was highlighted on social media, and it was very good to read that the KC picked up on the comments and have contacted the college concerned with an offer to send a speaker who can put forward a more up-to-date and positive view. Setting aside the fact that merely showing a film and expecting students to take all statements made therein as accurate without questioning the opinions expressed is a very lazy way of teaching, there is a real fear that some lecturers are using this as propaganda, pushing their own biased views onto impressionable students.

Full marks to the KC therefore for picking this up and acting positively. There are a lot of good dog breeders out there – and the majority of them would call themselves show breeders. Despite what the naysayers would have people believe it is, in general, the breed clubs and those that show dogs who have been at the forefront of fundraising and assisting in research into canine illnesses. It is these breeders who regularly health test and who support health research. We can’t emphasise that enough. Those young people who are going to be the animal carers of the future deserve to have the true facts offered to them. It is very fashionable in some circles to believe that the only good dog is a rescue dog – preferably one from Romania or Spain. I don’t deny for one moment that there are some very deserving dogs in the care of the various rescues, but these are not dogs that would suit the average family, maybe first time dog owners, who just want a family pet – a pleasant easy-going companion that will live a long and healthy life. That sort of dog doesn’t often come through a rescue kennel – it comes from a caring, conscientious breeder, who will then offer a lifetime of support to the new owners.

React to this article:
Growl
31 Wags