BRING ON THE CLOWNS? 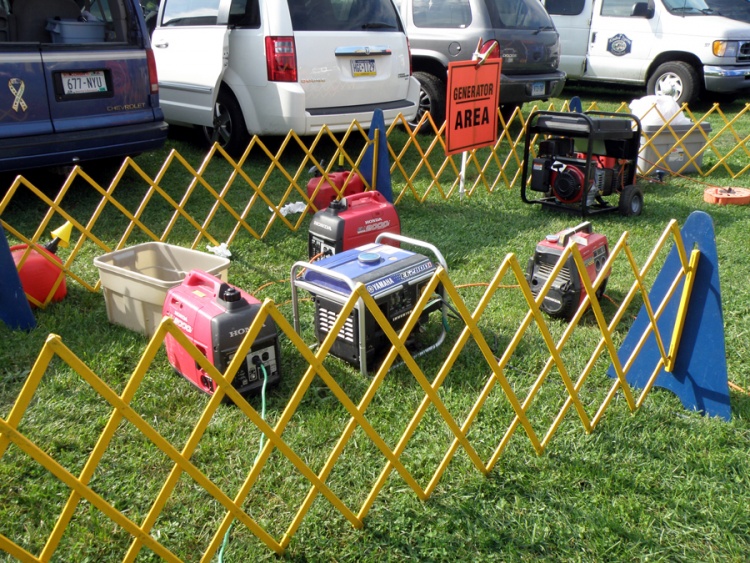 Social media is an excellent and popular way of bringing interesting viewpoints on various aspects of dogs and the dog world to a wider audience. I do it myself and am grateful to those who share this column with others, just as I appreciate the fact that articles that I might not otherwise have seen are brought to my attention in this way.

One such has been going the rounds recently, and has attracted quite a lot of comment, mostly of the “it’s the same here” variety. Entitled ‘Send in the Clowns, the (Dog) Show is Over’ (you can read it here: http://www.thedogpress.com/Columns/send-in-the-clowns-1709ch.asp ) writer Carol Hawke, a respected American breeder/exhibitor of many years’ standing expresses her thoughts on the situation that prevails at most AKC shows, where it often seems that the judges – the clowns in Carol’s eyes – totally lack both integrity and knowledge, and merely look for the well-known handler, making it possible for the most untypical and sometimes unsound dogs to win high honours, whilst the typy, well-constructed exhibits that are owner-handled usually stand down the line.

Having both exhibited and judged in the US, I have experienced first hand the flounces of some of the professionals when an owner-handled dog beats their charge. Not all of course – the best of the American handlers are true professionals, win or lose. They present their dogs to perfection, and will only take on a dog that they think has a good chance of hitting the heights. However, by definition, not all can be the best. Handling has become big business in America, partly because of the distances that are involved. It’s expensive enough in this small country of ours, to campaign a dog at the top level, but ,the cost of showing a dog over the course of a year in the US can easily reach six figures. American show dogs can be on the road for weeks at a time, and most owners cannot afford the time to do this themselves.

In comparison we have very few professional handlers in the UK. There are many reasons why an owner uses a handler. Sometimes they are physically unable to do the dog justice; they may be uncomfortable being in the spotlight and prefer to watch from the sidelines; they may have a quality dog, but find it difficult to get to many shows. Often it is just a case of a dog ‘clicking’ with one person, but not another. Whatever the reason, it is always a pleasure to watch a good dog, fully in tune with his handler – whether owner or professional – performing to perfection.

Conformation judging is a very subjective sport. Whilst most judges like to think that they are judging the dogs, not the handlers, human nature is such that all but the very strong-minded are to a certain extent influenced by the actions of others. If a dog has been BOB on many occasions, perhaps even taken group placings as well, it takes courage to place it down the line because of an off day, or even because the dog isn’t quite as good as his reputation might suggest.

The whole raison d’etre of showing dogs has changed considerably over the last few years. No longer is the dog show the place where breeders go to get the opinion of knowledgeable and respected judges, valuing their decisions without question. Nowadays it is almost commonplace to see disgruntled exhibitors haranguing judges on social media – or even to their faces at the show. Showing has, in general, become a contest of hairdressing and handling skills. There is, certainly amongst the younger handlers, a recognisable dress code. I’m not suggesting that scruffy jeans and sweatshirts should return as appropriate wear – after all, we are talking about a dog SHOW, and a well-turned out dog should surely be complemented by an equally smart handler. However, just as inappropriate are the very short, tight skirts and low cut tops worn by some. The eye is inevitably drawn to the handler, rather than the dog!

Carol Hawke’s excellent article finishes with the following:
“It takes courage to admit the truth in order to change the course of this game back into a sport for the future. It all depends on who is at the helm and whether anybody left actually cares enough to admit this is a pathetic game nobody really admires anymore. Just so you remember or perhaps need to hear it for the first time; showing dogs is about choosing the breeding stock that best fits the breed standard!
Today’s breed standards express modern trending instead of breed foundation and purpose.

The clubs don’t care because the members would rather win than breed to the standard anyway.

Handlers are the only consistent way of winning at AKC dog shows today.

The illusive eye for a dog has been exchanged for an eye for familiar faces.

Dog shows are now a politically charged game, not a sport. So go ahead, “send in the clowns!” because that is all you’ve got left in this circus.”

I fear she is right – certainly with regard to America.

Does this have any relevance to us? From the comments made on social media I rather think it does. We have not gone so far down the handler route as the Americans have – but we do have a scenario where many feel that it is just the ‘faces’ that get noticed. But, you know what? The ‘faces’ were novices once; they just worked harder, bred or bought better dogs; honed their presentation and handling skills – and didn’t whinge about being beaten, defeat just made them try even harder.

Ms Hawke blames the AKC for the woes that have beset the show world in her country. Maybe she is right. Can we equally accuse the KC of turning our show scene into a circus? I’m not sure we can. I think we have to look to our own attitudes. We have to support those judges that do have integrity – and accept that maybe our dogs can’t always be first. It can’t be denied that there is definite divide between the same old, same old faces that seem to win whatever they have on the lead, and the ‘ordinary’ exhibitor who feels that they, quite literally, can’t compete. Carol is right – it all comes down to the judges. If they are well enough educated to know what they should be looking for in the dogs, rather than which faces they recognise amongst the handlers, they might well come up with the same results – but at least their decisions will be made with integrity.

React to this article:
Growl
30 Wags