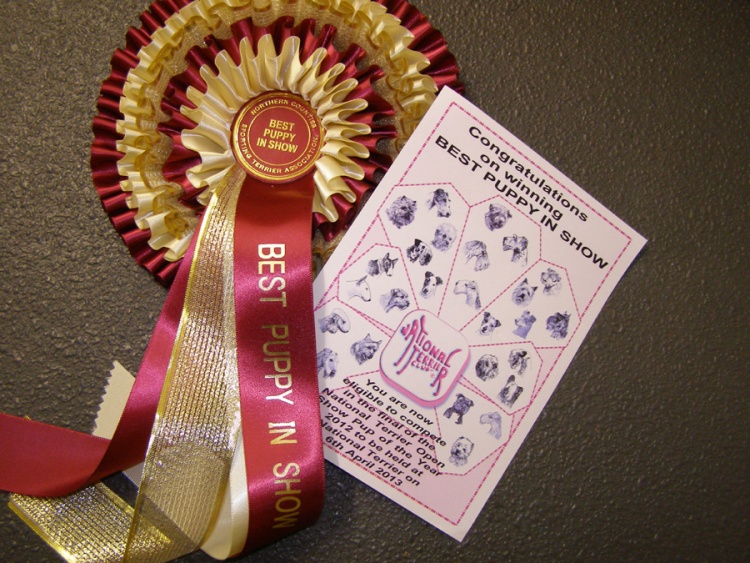 I must admit that my favourite shows are not necessarily the ones held in swanky new venues. I much prefer those that are down to earth and rely more for their reputation on the quality of both dogs and judges – and their refreshments. I mean, if you discover that a show is being held at the Swinton Masonic Hall or the Brodsworth Miners’ Institute you know, without being told, that you are likely to get home made pie and mash, with mushy peas of course, or delicious cakes that may pile on the calories, but are worth the subsequent guilt trip. Indeed, I’m sure that one of the reasons Yorkshire Sporting Terrier attracts such a lot of spectators is because of the reputation of their chocolate cake!

If shows are to survive they will have to offer the exhibitors what they want, and that means first and foremost competent judges who do their best to judge fairly and without bias. I recently went to a couple of shows where the BIS judges were relatively young. It was a pleasure to watch them in the ring – they were both absolutely professional in their manner, decisive in their placings and above all, both appeared to be enthusiastic and appreciative of the dogs entered under them, even at the end of a long, cold day. These are the sort of judges we need to nurture and promote. Let’s face it, we have all shown our dogs under long-serving allrounders who appear to be totally bored with the whole process, and give everyone the impression that they are only there to add a few more numbers to their CV, and have absolutely no interest in – and precious little knowledge of - the breeds that they are judging that day.

It’s easy to mock the system in some FCI countries, where those with the will can become all breed judges without having seen half the breeds that they are passed for, but we can’t deny that many of the more established FCI countries have well-established and very comprehensive schemes for educating their judges. Talk to any judge from Scandinavia, for example, and you will surely be impressed at their depth of knowledge with respect to anatomy and construction and their ability to grasp important breed points as well. True some have a tendency to get a little obsessive about certain finer details, but the basic knowledge is there and is well taught. In contrast there are many judges in this country who bumble along, not really able to differentiate between the hock and the stifle; who may be able to see that a dog is moving badly, but are unable to explain exactly why that should be so. At the open shows, in particular, there are a lot of judges whose names appear week after week, swapping appointments with each other, and having little knowledge of the breeds they are judging that day. Where a judge is appointed that has shown a real interest in a breed the entries for that breed will reflect this quite markedly; where the judge’s name is completely unknown to all the regular exhibitors they quite simply will not attract much of an entry.
The answer to me is blindingly obvious. Appoint a fresh pair of eyes. From time to time give the younger generation a chance. They are our next crop of great allrounders. However, if they are to step into the shoes of the likes of Bobby James, Terry Thorn or Ellis Hume they must be given the opportunity to hone their skills by judging good dogs.

We have recently been introduced to the proposed new Judges Competency Framework, and I believe that the working party, which has been considering the future of open shows, is just about ready to report. It seems as though there will be sweeping changes in the show world. We have all been moaning and groaning for years about the inadequacies of the present system – both in the training and appointing of judges and in the show system in general. We asked for change. A lot of very talented people have put in a huge amount of work in order to come up with new ideas and suggestions. And what are they met with? More moans and groans, certainly as far as the JCF is concerned. Yes, there will be teething problems and tweaks will have to be made, but for goodness sake, let’s give it a chance!

Inevitably there will be people complaining about any changes to the open show system. I always wonder how many of those who moan actually put pen to paper, or even finger to keyboard – except on social media - and pass on their suggestions to the working party? Yet all those people who couldn’t be bothered will think that they have a perfect right to find fault with virtually every suggestion put forward in an attempt to revitalise our shows.

I wrote last week about the fact that many are finding other things to do with their dogs, activities that they find more interesting than simply walking round a show ring in the hopes of being rewarded with a piece of cardboard or a rosette. I was taken to task by one commentator who obviously enjoys their days out at shows, win or lose, and I do accept that there are many who genuinely go to shows as much to meet friends and socialise as to compete – and for them any prize is a bonus. We must ensure that these folk get value for their money because they are the bedrock upon which dog showing is built. That means a decent venue, good refreshments and a competent judge. Put those three things in place and you are halfway there. We have to wait and see how the open show system will be revamped – if the JCF proposals are anything to go by, then there may be some far-reaching changes – but fingers crossed that the moaners and groaners will be outnumbered by those who are prepared to give new ideas a try!

React to this article:
Growl
37 Wags