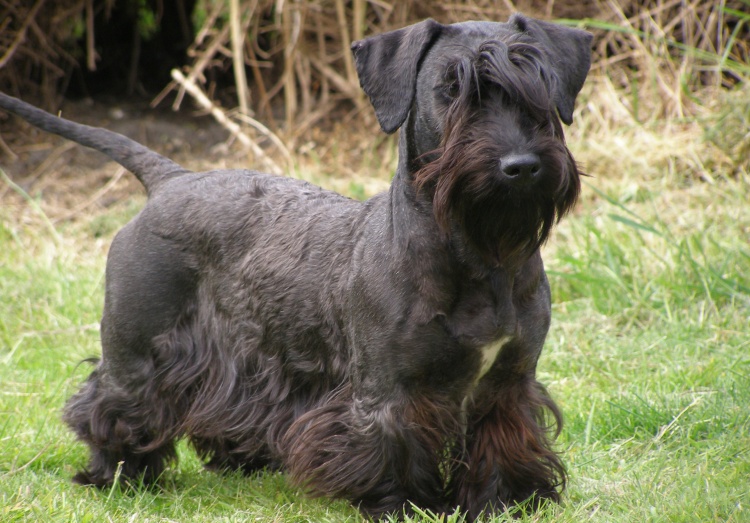 It is often said that the average exhibitor only lasts about five years in the competitive sport that is dog showing. A recent change in circumstances forced me to have a rethink of my commitment to the dog show scene.

I attended my first show as an exhibitor in 1977 or ’78. It wasn’t a KC show, but rather a Jack Russell show run in conjunction with the Town and Country Festival held at Stoneleigh in Warwickshire. Our six month old puppy came home with a fourth prize rosette – and I was hooked! In those days it was terrier shows for us, so the summer weekends were filled with trips to country fairs; lots for the rest of the family to see and do, whilst I got on with the boring, to them, business of showing my terriers and talking non-stop about them. Not that we newcomers did much talking. We sat and listened to the wisdom imparted by the old terrier men – and occasionally women! “Fix your type” was one piece of advice given to me. It’s something I have always tried to do, and the first time someone told me that they couldn’t tell my dogs apart I felt inordinately pleased! To achieve a recognisable kennel type has always been my aim as a breeder.

I visited Crufts once or twice in those early years. To me it was a magical place, full of the most wonderful dogs – to say nothing of the trade stands selling everything that the dog or his owner might want. Oh how I coveted those Neaverson kennels! But they were financially out of my reach, and the whole pedigree show scene was a world away from the working terrier world I knew.

In time I got to know some exhibitors through my local dog club, and eventually one, then two, then three Otterhounds joined our pack, and I took my first steps into the KC world. KC recognition for the Parson Russell followed – I was very involved in the discussions that took place – and soon I was at KC shows, rather than country fairs. In 1989 the first Cesky Terrier arrived in the UK and I was smitten – and for nearly thirty years this breed has been my passion.
Consequently, for around forty years I have been going to dog shows on a pretty regular basis. Forty years of getting up early; forty years of bathing and grooming dogs – well maybe only thirty years of intensive bathing and grooming! For the terrier shows a clean(ish) dog, a quick brush over and an occasional strip out of dead hair was all that was needed. Whilst I love to see my dogs looking at their pristine best, and am always gratified when a critique mentions good presentation, I also rejoice to see them puzzling out a scent in the woods on a wet muddy day, and sometimes it is hard to reconcile the two. Then an unexpected change in my financial circumstances meant that I had to look very hard at the cost of showing dogs.

I am a great believer in fate. Things, it seems to me, usually happen for a reason. I was getting very jaded about the dog show scene, so maybe it was time for a complete change? I’m also a great believer in the idea that if something is worth doing, it is worth doing well, so when I was showing dogs I would attend as many shows as possible, campaigning my dogs in Europe as well as in the UK. I can’t afford to do that now – so I have taken the decision that my showing days are over. Do I miss it? No, not really. I miss seeing good friends, but I don’t miss the nasty, spiteful comments about exhibitors and their dogs that can be heard all around the showground. But if I want to keep up with both friends and the gossip, FB is always available! I’m not saying ‘never’, but at the moment I have no plans to exhibit again.

So what will I, and my dogs, do instead? Three years ago I sort of went back to my roots attending country fairs on a regular basis. Not this time as an exhibitor at the terrier shows, but rather on a stand promoting my very rare breed by introducing the Cesky Terrier to a wider public. For me it has lots of advantages, not least that it is considerably cheaper than attending a championship show – and I can take all my dogs with me, rather than worrying about leaving some at home. We have also discovered the pleasures of tracking. The Cesky Terrier’s traditional role has always been to hunt Wild Boar, either in a small pack driving the Boar through the forest towards the guns or individually tracking a blood scent. In this country it is deer, but the pleasure gained from working a terrier, watching how it learns to puzzle out the minute signs and follow a track with growing confidence, is amazing – far better than the transitory exhilaration of winning a prize in the show ring.

I am not alone. Talking to the other folk who man the various breed tents at our country fairs, it is noticeable how many regard the show ring as either totally irrelevant or at best just an adjunct to other more interesting activities. Most of the dogs in the gundog tents are ‘proper’ gundogs, out working throughout the season, but there are lots of other activities that our dogs can do. The Bavarian Mountain Hound Society organise the tracking training that my gang enjoy, and in addition to the Bavarians, there are many other breeds present ranging from Dachshunds to various HPR breeds, and a good smattering of others in between. Scentwork – the searching for hidden objects – is an activity that has a growing following. The more traditional canine sports such as agility and flyball have been joined by cani-cross and Rally. All of these serve to keep dogs and their owners fit and active. They all have a competitive element and rather than the subjective decisions made in the show ring, the achievements of dog and handler can be measured objectively. This seems to have the effect of making such events far more friendly – on training days we all rejoice to see a dog puzzle out a particularly difficult track or commiserate when the conditions are such that another dog seems to be having an off day.

Is this the future? Has dog showing actually had its day? There will always be a place for the talented to show off their handling or grooming skills. There will always be a need for the dedicated breeder to subject the results of their breeding programmes to peer review. Are we, however, coming to the end of dog shows as an activity for the majority?

React to this article:
1 Growl
37 Wags