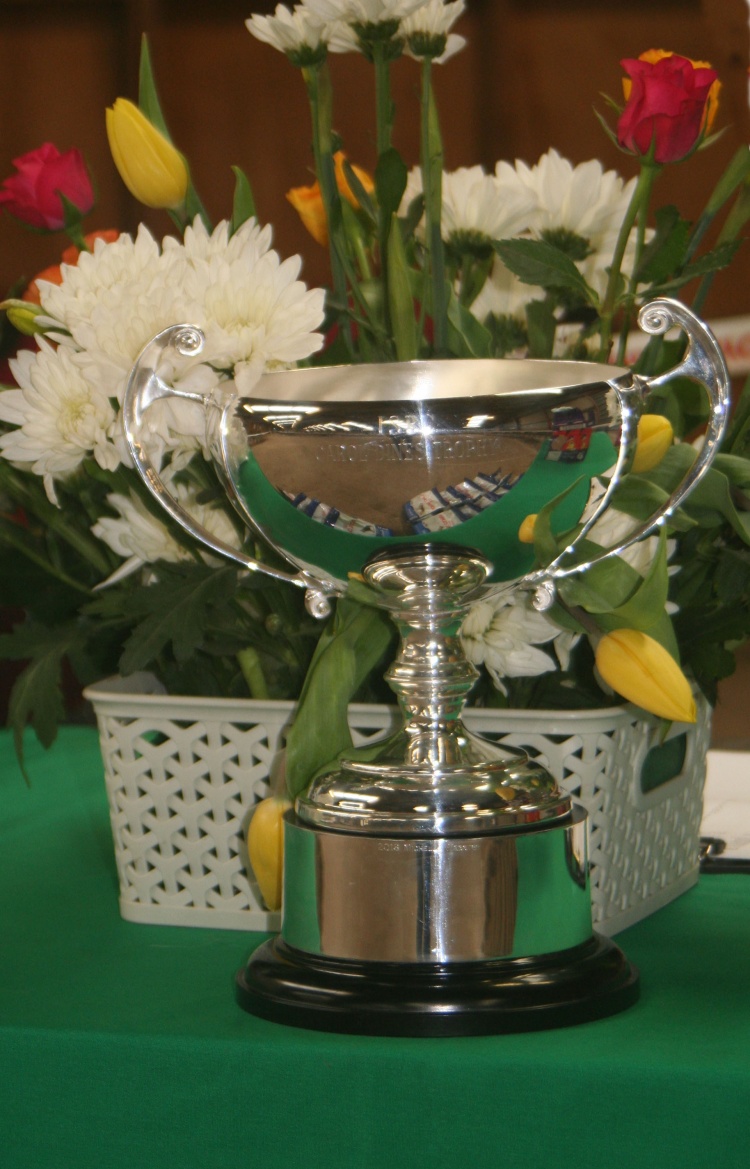 We all live on the same planet, drink the same water and breathe the same air, but like all species, humans and their tribes have always fought for political, social, economic, religious or racial reasons. When resources are limited, objectively it is simple evolution and survival of the fittest to reduce competition and have more resources to thrive on.

Our community of dog showing is a microcosm (a small society, place, or activity which has all the typical features of a much larger one) of general life, so to suggest that conflict shouldn’t exist in the dog world, contradicts human nature. Fortunately our social inhibitions are generally sufficient to keep our murder rate low (except perhaps in our dreams), but as with ‘normal’ life, competition relies on beating the opposition. The aim in any competitive sport is to weaken the opponent sufficiently to win, but for opposition to be unharmed enough to return for continued challenge.

The underlying hostility and divisions in the world today reflects in our general moods and behaviours, and these inevitably spill over into dog showing, where ever-diminishing numbers means these tensions are harder to avoid or conceal.

There has been much discussion on bullying in dog showing in recent years. It seems worse in some breeds, but according to online polls, it is apparently experienced by many of us. Bullying exists in every society and species as a way to remove competition, but in human society we realise how damaging it is and people are no longer prepared to tolerate it. Whilst the older generation generally tend to ignore it, the young are especially sensitive to it. They are taught in school not to retaliate by smacking the bully back harder, but to report it to adults to deal with. Perhaps that is the better way; to let society manage our grievances for us so we can stay in our bubbles and don’t have to deal with it, but to many in the older generation, this inability for people to be unable to stand up for themselves and resolve their own squabbles, is viewed with disdain. The term ‘snowflake’, is used to categorise these frail souls, who in Victorian times would have taken to the couch with Laudanum or smelling salts to calm their nerves. Dealing with bullying is incredibly difficult, which is why the KC for all their well-meaning statements of how online abuse is unacceptable in our community, never intended to, nor are able to, actually intervene in any way on such disputes.

Exhibitors are becoming much more guarded these days, rarely extending now to chat outside their known circle. They know how easily some real or perceived slight can be capitalised on and often distorted by others. Even objective discussion over the merits and faults of dogs is sufficient to cause great distress to snowflakes, and of course there is always someone offering a sympathetic shoulder to comfort the hyper sensitive, with fellow Facebookers leaping to the defence of their 'upset' friend as quickly as it takes to add a few emojis. The deeply regrettable result of pandering to this over-sensitivity is that it completely stifles open discussion which is so essential in our game. We hear the sorrowful chant - ‘it’s not like it used to be’, and we miss the bar gatherings where dogs were openly discussed. Those days are clearly gone; we have allowed political correctness to control us.

Although we very rarely see physical bullying in showing, the psychological bully is much harder to see. Rather than straight-forward, and mutually respectful relationships, he/she plots clever and indirect strategies to control people. Capitalising on the emotionally sensitive environment of showing, this manipulator exploits the weaknesses and character flaws of others, making her enemies appear terrible. The skilled psycho-manipulator uses the clever manoeuvre of the fake accusation of being bullied to gain support for themselves and their dogs, encouraging his/her supporters to defend her from her alleged enemy.

This clever strategy is well-documented by employment law experts, who in a workplace professions report from 2013 stated an example of this as: “Slack workers whose performance is questioned, who are being disciplined or who have other gripes such as being denied a promotion or pay rise, are retaliating by abusing superiors or making false complaints against them”.


In a community like dog showing, these ambitious manipulators seek status and fame (believing it is more important to have control and be popular, than it is to have a good dog). The manipulator needs to be the centre of attention, so they cry wolf and creates woeful stories to gain sympathy for themselves. Capitalising on the general abhorrence of bullying they turn it to their advantage by telling their friends how badly they has been treated. Momentum gathers and band-waggoners jump on board to condemn people they have never even spoken to!

The manipulative bully also exploits any friction between others and offers sympathy and care to the vulnerable to further drive a wedge between already aggravated relationships. This weakens the opposition and provides him/ her with support from the bottom and the top of their hierarchical environment. Unlike the real bully who aims low, the manipulator’s aim may be the already highly successful exhibitor, the person who everyone loves to hate because they win so much. Those easy targets are the ones they needs to weaken in order to gain success.

The manipulator may use Facebook for cryptic posts ‘Feeling sad today L’, ‘What’s up Hon?’, ‘I’ll PM you’ as they accelerate stories of persecution for public shaming. The even more devious manipulator is very discreet with the whispers so their adversary doesn’t see it coming until it’s too late. So convincing is he or she, that it can seem difficult to protest one’s innocence.

It is not just bullying that affects our community, but these games are a major factor of the destruction of dog showing. We have enough stress in the politics of daily life, and don’t want to get dragged down by petty and often baseless squabbles. We frequently hear ‘I only want to go to shows to enjoy myself and show my dog’, and most of us do, but psychological bullies go for more than just that. They go to exert influence, gain favour and eliminate the opposition.

But don’t despair, these bullies and manipulators can easily be beaten. They work best in the shadows and thrive on dirty tricks and deceit, so the last thing they want is the open warfare of being ‘outed’ by public shaming. Show them that you have your own great support of an even better team of people around you. If you need to challenge them openly on Facebook, do it as a last resort, but don’t sink to their level of plotting against them to beat the bully at their own game. Your best defence is to concentrate on breeding even better dogs to beat theirs, and smarten up your presentation skills to do the best talking – in the ring!

It’s a very sad thing to even be discussing these behaviours, but especially newcomers can save themselves a lot of trouble by heeding the warning signs. We all love a cheeky gossip, but know that the person who constantly bitches about others, will totally be bitching about you behind your back.
The over-friendly creep will hang around to find some weak point to capitalize on.
Finding company with a sulky faced loser, shows everyone you are in the loser corner. Steer clear of the constant and depressing moaner – their awful journey, the bench size, the parking, the ruts in the car park, the entry fees; just walk away from them.
Where groups have formed, it is not group loyalty that makes the conflict, but rather the conflict that makes group loyalties, so if the discussions are happy and constructive, stop around, but if it becomes bitchy or tense, step away quietly, take your dog for a walk, or go and watch some other breed judging.
Stick with the happy people who are great to be around. Eliminate the negative, and accentuate the positive.

Smile and the world smiles with you; plus everyone wonders what you’ve been up to !

React to this article:
Growl
87 Wags