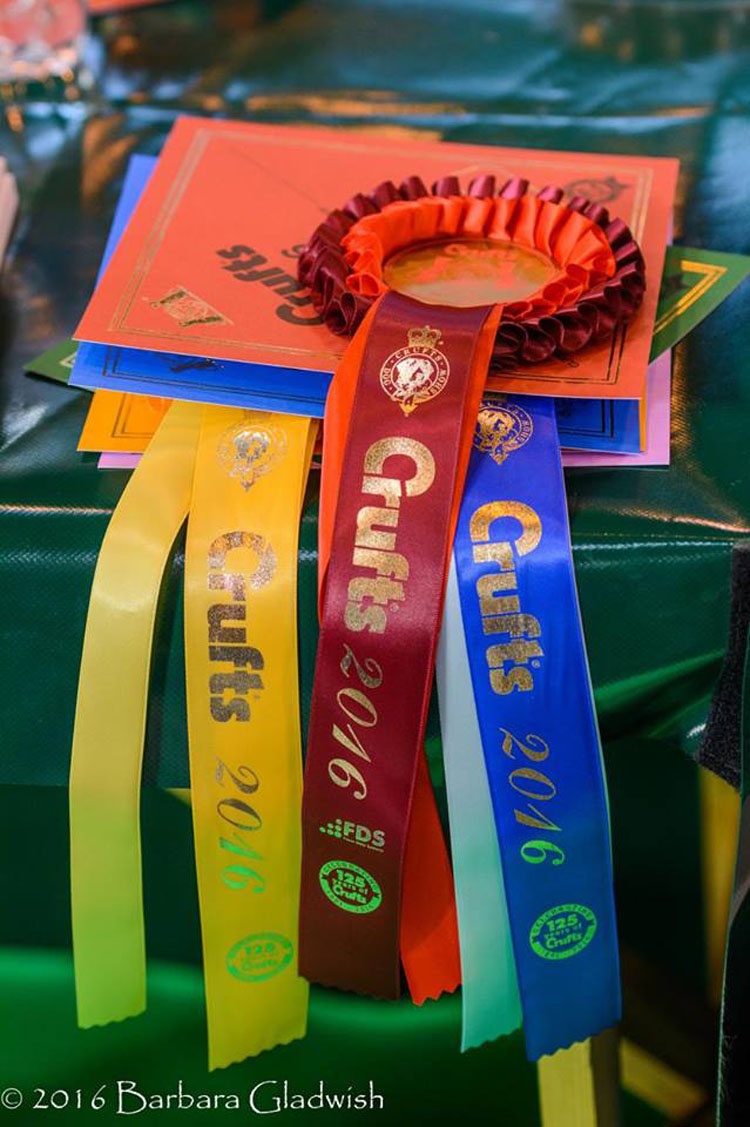 I wrote recently of the happy days of showing; warm summer days sitting ringside at our favourite venues to watch the new crop of puppies coming through, and the occasional surprise when the top dog of the day gives way to the next young thing which gives us all a surge of hope for the future! We win or lose with as much grace as possible (unless the judge has made a complete cods of it), and stay on to watch the rest of the judging and to support our breed in the group (if we don’t choke on watching our arch enemy parading their dog victoriously before the top table), and stop to chat with friends or to catch the eye of an upcoming judge. Everyone has their favourite summer shows and this is a decent summer by English standards, with fair weather making such a difference to everyone’s mood, but it won’t last forever. We must make hay while the sun shines.

Dog World’s death has certainly been the catalyst for renewed discussion from exhibitors expressing deep discontent and anxiety about all things from entry fees to incompetent judges and bad atmospheres, and it will inevitably remain a topic of discussion for many years as a turning point in UK dog showing.

The Canine Alliance Survey of 2016 found the main reason (72% of responses) for entering shows was that the judge understands the breed, with 59% of responses choosing judges who are breed specialists. Just 45% of responses said that they chose shows based on distance, which demonstrates that despite everything, people will still go to shows for a specialist opinion. Nonetheless the ongoing decline of showing and general malaise often impacts even the highly respected breed specialists who are suffering from reduced entries.

Last year Sheila Atter wrote in Dog World, ‘Has bullying become the new norm?’, and a 2016 Canine Alliance survey revealed that of nearly 1,300 completed surveys, almost half of those indicated that they had been bullied in their dog activities, but bullying works both ways and we must condemn the bullying despot whilst being careful not to be swayed by the sensibilities of the over-fragile fledging or the cunning sociopaths who cry wolf to gain a sympathy vote.

We generally acknowledge that dog showing seems to have more than its fair share of crazies, and watching some of the pitch battles between exhibitors, most sane people ponder what sort of freakish dystopian society we have created. But our community is probably just a microcosm, reflective of society’s current divisiveness and general defensiveness. Half the society are people either proud to be blunt as a brick, or conversely treading on eggshells for fear of causing any offence. There are a few ‘normal’ souls in between….but they still show dogs so the jury is out!

Perhaps with the reduced numbers these days it is impossible to completely avoid hostile encounters in this often adversarial environment where even if it is not aimed at us individually, turf wars between owners can drag us into personal politics, and the kennel battles are sometimes as compelling as the dogs on show. But despite the people we will never get along with, we know deep down that both in and out of the show world, there are far more genuinely nice, happy and kind people around than not, and we can join forces when needed. The time for tighter unity is far more pressing than we think, because notwithstanding the core of really good people in showing, we don’t need a crystal ball to predict that if we continue to decline as rapidly as we have done recently, we will imminently reach the tipping point beyond which we can’t recover.

We may meander along oblivious to this threat to our way of life but if we don’t mend the roof in summer now, the future may not exist at all. Imagine if you will, the championship show with an entry the size of an open show. It may be closer than we think. We may mock the Europeans for their ‘cheap’ champions, but those glass houses shattered some time ago with breeds already winning CC’s in entries under 5 or 10.

Herein lies the issue; we expect societies and organisations to make changes, but neglect to reflect on what it is that makes us and everyone else around us happy.

Our society is full of moaners, but we get out of our communities what we put in. Showing is largely founded on the support network and goodwill of people who ask for nothing back for their efforts. All those ring-craft societies, the local fun or companion dog show run for charities, the car park attendants giving up their weekends to stand out in the pouring rain for scant reward; they are all volunteers whose pay wouldn’t touch the cost of what they put into supporting the world of dog. How many people stop by at the Secretary’s tent at the end of the day just to say ‘thank you for a nice show’, or take time to get a cuppa for a hard-working show manager or ring steward? We’re not saints and all love a bit of wicked gossip, but aren’t we all bored to death of the selfish and miserable people who do nothing but grumble about the way the mats are laid out at shows, or that the people at ringcraft ‘should be expected to know every breed in depth’ – true story!, or that the Kennel Club is to blame for bad weather and the price of eggs!

A good atmosphere is so fundamental to well-being, that we mustn’t just turn a blind eye to unpleasantness; let the moaners, gripers and bitches know their behaviour isn’t welcome and that it drags everyone else down. In fairness, the great majority of exhibitors are genuinely decent and lovely humans who already make random acts of kindness of helping a stranger carry their crate into a show, supporting a newcomer worried about making a fool of themselves in the ring, or guiding them to understand the show system, but who can blame anyone for not sticking with showing if they aren’t part of a clique and don’t feel welcome. Not everyone can be Miss or Mr Popular, but their contribution to showing is still important. I recently judged a breed where a couple of people were physically struggling to show their dogs, and I was heart-warmed by the exhibitors who even though they were competing in the same class, handed their own dogs to others to hold whilst they moved their competitors dogs for them. It was a little chaotic, but we had time to spare, and the atmosphere was so much better for it. Would anyone really have gloried in a win against a competitor who couldn’t move their dog? Collectively we can shift our society for the better, but we have to make a conscious effort to make change.

If divisive behaviour, cliques and making up vicious stories to damage other competitors, continues, it may well succeed in driving away the competition. That victory may be super-sweet at the time and have people rubbing their hands together in glee, but it will be a pyrrhic victory to find ourselves whooping our success in an entry of one dog. That may please some rosette chasers, and the mindless ringside screechers, but it means nothing for the dog, the breed or the show.

King Pyrrhus of Epirus gained such a victory over the Romans in 279 BC at the battle of Asculum in Apulia, but with his friends, principal commanders and elite army decimated, Pyrrhus told that any his victory had utterly undone him. Pyrrhic victories describes conquest at such a great cost that that it negates any sense of achievement and is ultimately tantamount to defeat. Careful what you wish for.

React to this article:
Growl
26 Wags