"Flatcatcher" is a word rarely heard these days, yet it appears in the Kennel Club's Glossary of Canine terminology. How many of today's up and coming or even established judges know the meaning of the word, or are aware of the danger of the "Flatcatcher" dog when judging? And is it ever mentioned at seminars?

The KC definition is "very flashy dog which by showmanship disguises his bad points". The late Frank Jackson, in his wonderfully entertaining Dictionary of Canine Terms, gives it as "dog that achieves success more by flashiness than real quality".

Searching to find the origin of the word, I failed in my various English dictionaries. But an American one defines it as "a horse that looks good but is not" and gives the derivation, from English slang as: "flat- dupe, fool" + catcher.

There have always been flatcatchers and fly exhibitors who knew exactly which judges would fall for them, and which would not, however much winning the dog may have done under others.

One judge, now sadly no longer with us, who had a good eye for his own dogs in picking a genuinely good one that would win, ruefully confessed that he knew that as a judge he should not be taken in by eye catching flashiness but that he could not resist it. At least he knew his weakness as a judge. But I fear that these days a Flatcatcher could be better defined, rather than as a dog hiding its faults by flashiness, to a dog that wins because of its faults, which is more worrying. One only has to study photographs of winners or watch groups at championship shows to see wrong construction taking dogs to top honours.

Excessively long necks in breeds which should have moderate or even short necks, steep upper arms when not breed correct, sloping top lines when they should be level for that breed, dead level when there should be a typically a slight arch over the loin, while over-angulation behind and extravagant movement seems to be a pre-requisite.

Breeds calling for lower set tails, never carried up, are rewarded by having tails set on top and carried too high. Smart, maybe, but not typical. All breeds seem to be rushed around the ring too fast. Flashy movement yes, but should any dog kick its hind legs up beyond the hock joint when moving? The late Joe Braddon would soon have found out their basically wrong movement by insisting that they walk.

The obsession of some judges with "reach and drive" across the board, whether correct for the breed in question or not, has much to answer for, especially when the aforementioned uneconomical movement is mistaken for that. Smooth coated breeds cannot mask faults under huge amounts of coat or furnishings billowing as they move. I remember Irish Water Spaniels being shown damp, being sprayed just before they entered the ring. It would be revealing to see some of the over-coated dogs shown wet or clipped out.

We seem to have developed a generic show dog: long neck, steep upper arm, sloping top line, over-angulated hindquarters which stand too far out behind the dog, busy movement, the more coat and furnishings the better. Correct breed specific conformation and type seems to be overlooked in favour of an exaggerated "show dog".

When flatcatchers, ungenuine dogs, become champions the breed is endangered. Judges have a responsibility to get it right. Firstly because many people only consider using sires that carry a title, and secondly because less experienced exhibitors will think that such dogs must be right and will try to reproduce that stamp. Which brings us round to the quandary of a breeder as to whether to try to breed dogs true to type and the breed standard or whether to breed winners by following fashion set by judges falling for flatcatchers.

Luckily there are still breeders of the first type, prepared to sacrifice winning by steadfastly sticking to their aim for correctness. And there still are some genuinely good dogs out there. Unfortunately there is no official terminology for the Flatcatcher judge, not even from Frank Jackson's fertile mind. " Flat " is the obvious one, since they have been caught - "flatophile ", "flatofool" or maybe " flatfish", which has both eyes on the same side of the head, presumably skewing its vision, and is caught hook, line and sinker.

React to this article:
1 Growl
94 Wags 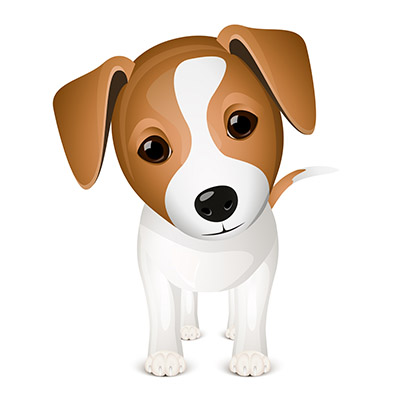 DogFocus are grateful to Anne Roslin-Williams in picking up her pen again just for us. Her 1976 book, The Border Terrier is regarded as the Border Bible, her extraordinary grasp of stockmanship and appreciation of quality within the canine world is unsurpassed ,she is also an exceptionally talented photographer always managing to capture character as well as conformation. Raised in the beautiful Lune Valley in Westmoreland where life was always accompanied by a gundog, working dog, hound or terrier she continues the dynasty of the Mansergh affix . Anne's passion has always been to produce healthy dogs of type with the ability to complete task for which they were bred. Thank you Anne for sharing some common sense and wisdom!