THE IMPORTANCE OF THE BREED SPECIALIST JUDGE By Geoffrey Davies 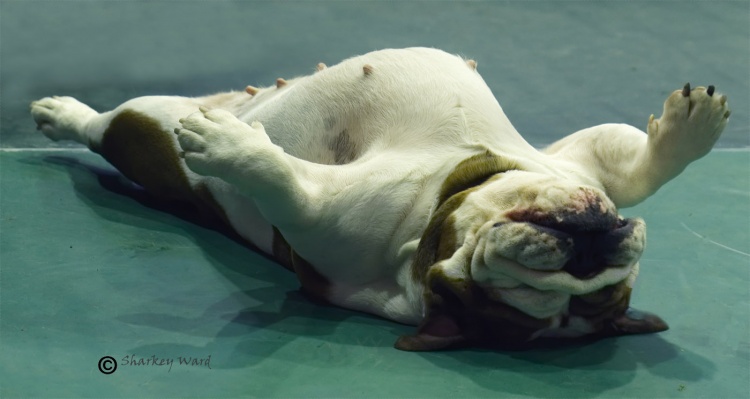 THE IMPORTANCE OF THE BREED SPECIALIST JUDGE

It is my opinion that the all judges are pivotal to the future of pedigree dogs. However, the true, honest breed specialists are of crucial importance, and one can readily understand the disquiet and concern that exists amongst so many committed breed specialists.

I estimate that there are approximately 6,000 breed specialist championship show judges in the UK I am awaiting confirmation of this statistic. However, I think it to be a reasonable guesstimate. Of the estimated number, I know very few who spend any time “sitting at home grumbling”. But I do know of hundreds of breed specialists who have committed their lives and money to the furtherance of the breed which they support. Many of these honest, genuine and highly knowledgeable breed specialists are rarely given the opportunity to judge their particular breed at championship shows.

It is estimated that on average the specialist judges judge their breed once every three years. There are many who are highly successful in their chosen breeds, and have not judged their own chosen breed for over six years. It is a catastrophe that this knowledge and talent is not used to good effect. Of course, the Kennel Club cannot be held responsible for the selection of championship show judges. It is the general championship shows and breed clubs that select their own judging panels, and one can constructively comment upon how these judges are sometimes selected.

It is not a question of just paying £26 per annum for the privilege of judging a breed to which you have already given so much. It is the principle, not the money!


Let us look at the cost implications of the J. C. F. programme. A specialist judge who judges their own breed once every three years will pay a total of £78 for the privilege of officiating at ONE championship show. Those who are invited less frequently will pay in excess of this figure. I am told that the cost of funding the J. C. F. programme will be £500,000 per annum — a substantial amount of money. If there are 6,000 breed specialist championship show judges, the Kennel Club is expecting to recuperate approximately 30% of financing the cost of the J. C. F. programme i.e. £156,000, just from this group of people.

I am in favour of running a cost effective operation, but there are other ways of generating income e.g. many of the general championship shows have extremely healthy balance sheets. The Kennel Club challenge certificates are one of the major income streams that generate the income for these shows via entries drawn by the judges. Is it unreasonable for the Kennel Club to expect these championship shows to contribute towards the education and development of our judges? I think not, and I believe that a potential income of £150,000 could be generated by the general championship shows.

The Kennel Club is now a limited company by guarantee. On looking at the last set of accounts, the K.C.’s expenditure on salaries, pensions and expenses would give any serious minded business person cause for concern. The expenditure figure in these areas is, to say the least, excessive. Surely, a cost saving exercise could release a significant amount of money which could contribute towards the funding of the J. C. F. programme.

Whilst I acknowledge the importance of volunteers, no business can become too reliant upon them. The Kennel Club board of directors is responsible for developing the K.C. strategy, but it will be the K.C. members who will have the final say.