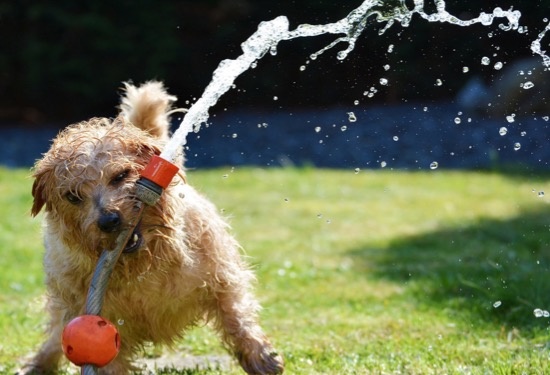 With temperatures soaring again, the East of England Championship show went ahead at Alwarton near Peterborough. This particular showground is somewhat uninspiring with uneven scorched grass and tin sheds which did little to keep the heat levels down, a few plucky trees were seized upon by those grateful for the shade outside of the crowded and claustrophobic environment of the tenting.
Water was available, as was access to THAT football match on Saturday, what could go wrong?
On Friday as exhibitors rocked up to the parking area the heat was already almost unbearable in the morning, the constructed roads already too hot for most dogs’ pads. During the day a few calls were announced on the PA asking for dogs to be removed from cars and vans as the Showground Security staff did their difficult job of ensuring that no dogs were left in vehicles. Those who know the parking area of the East Anglian ground will remember that there is one stand of trees and folk had parked beneath, believing the shade and other measures that they had actively taken to keep their dogs cool would work. The stance of the East of England Committee was definite, No Dogs To Be Left In Vehicles.
When one enters a show we agree to abide by the rules of the hosting committee, simple.
But what if you have equipped your vehicle with independent Air Conditioning or Air Cooling, you have an Animalarm on board reporting the current temperature in the vehicle every 30 seconds and you are confident that your dogs are cool and safe, in fact in better circumstances than those within the showground?
The rule still stands of course but one suggestion I’d like to make is that you make sure all of your efforts are put on a card, along with your mobile number and placed where staff can see it easily. I’d go a stage further if I had the reins of the KC and make it obligatory to display your details on your windscreen when at a show. It’s not just about scorchio weather it is a matter of safety for any dogs we leave in our vehicles. Having attended a show many years ago where a Hungarian Vizsla hanged himself by catching his collar on his crate within a vehicle I know that the delay in getting that dog out played a part in his untimely death.
On Saturday at the East Of England the weather again was tropical and almost without wind. The calls to remove dogs from vehicles were relentless. Every time a call was made people tut tutted and blamed the general public who were there in their droves to visit a Dog Fest event. This event had no tenting and activity in the rings all day. Spectator dogs arrived aplenty, some registered, some didn’t, and well it was a fun day out, wasn’t it?

Around lunchtime with the sun at its zenith more calls to remove dogs, the announcer was frustrated and clearly angry and who could blame him?
The day before it had been made clear that if owners did not respond to calls asking them to return to their vehicles judging would be suspended in the breed ring. On Saturday two calls to return to a silver van were made and then came the call that Judging would be suspended in the Irish Setter ring until the owner returned to their Irish Setter in their vehicle.


Setter exhibitors stood around in an awkward way trying not to make it obvious that they were looking for the person running to their vehicle!

A further announcement was made; ALL Judging would be suspended if there had to be another call to an owner of a distressed dog. This was greeted by spontaneous applause; I for one congratulate the E of E Committee for making this stand. The issue is that surely they should not have to take such a radical step , how shameful that a gathering of dog lovers , whether companions ,show dogs, obreedience or agility need to be threatened with having their toys taken away if they don’t behave in a decent and responsible manner!

I implore The Kennel Club to take rapid and decisive action now, not talk about it over the next season or two, make that call on behalf of dogs everywhere and encourage other Kennel Club events to follow the lead of the East of England. Add the condition that the owner of the vehicle must display all details on a card on the windscreen in this day and age most carry mobile 'phones so why not add that number too?

The whole question of whether it is reasonable to carry on with an outside event in such extreme heat is one for debate. Certainly Southern DogFest was cancelled on this same day with concern for the dogs at the forefront of the decision.
I could pick out a few breeds and say they were more at risk but the truth is not only were there dogs in distress in the car park but also in the caravans and tents , hidden away from sight. It is always the same in a social situation it is the few that spoil it for the many.
Ignore it and the shame is upon us all.