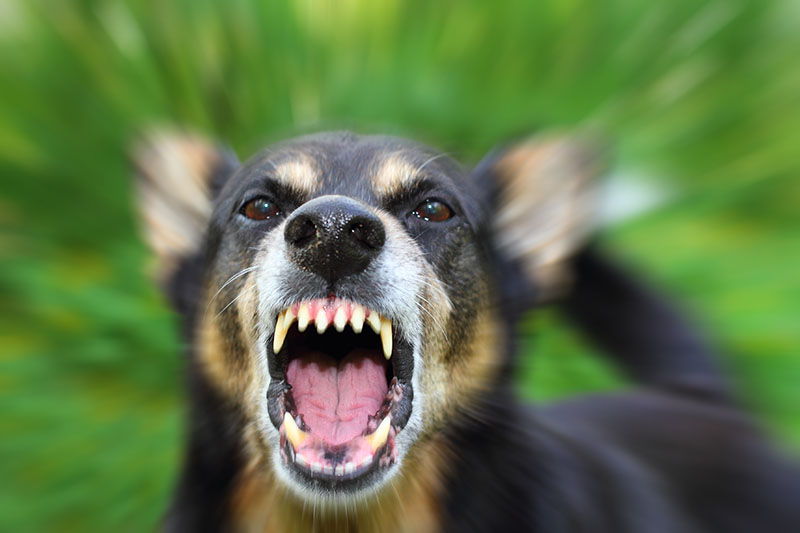 It is the stuff of nightmares, you are walking your dog, enjoying the companionship and fresh air when seemingly out of nowhere an aggressive dog arrives and attacks your pet.

It does seem that more dog on dog aggression is being reported, I'm not entirely sure that means that the incidences are escalating as there are few historical statistics for this kind of attack. One source is the Guide Dogs report in 2013, shockingly the stats show that

A total of 240 dog attacks on guide dogs were reported between March 2011 and February 2013, that is an average of ten attacks a month.

This is an increase since Guide Dogs' last report in 2012, which showed an average of eight attacks a month. The report goes on to say that in some cases there were repetitive attacks by the same dog! I'm sure I don't need to remind you that under Section 3 of the Dangerous Dogs Act there is special provision that an owner can be sent to prison for up to three years if an assistance dog is attacked by their dog. What causes a dog to fight with another dog?

Top of the list is resource guarding, food, toys and in some cases an uncontrolled protection of the owner. It could be that by walking your dog the same route everyday could activate territorial guarding as a result, so why do only some dogs turn to aggression and not all? Early socialisation teaches our dogs good manners with others but only if the socialisation is done regularly and with plenty of positive reward to really endorse the idea that other dogs mean there is a good time to be had. We could discuss fear aggression at this point as a dog who has had little interaction with other dogs is much more likely to be reactive faced with the approach of another dog, the fearful dog is less likely to instigate the attack without the interference of the other dog. He may be whining or barking on a lead but actually he would rather leave than have to make a stand. Dogs with a high prey drive can learn to end the chase in an aggressive way, quite often these dogs will already be motivated by movement, so dogs bred for hunting or herding often have a stronger predatory drive as this skill is necessary for the extreme focus they need to work well.

The breed that springs to mind is the Border Collie but don't be fooled into thinking that your breed has no prey drive; it really is an individual attribute although the breed may influence the level of this behaviour. Frustration can also manifest as aggression, for instance an attack on another dog by a dog that has been chained up or restrained by way of fencing or within a house or car, every dog that has walked by has wound the dog up a little more and should the holding restraint fail, the chain snaps or the door to the house is opened at just the wrong moment the powerful eruption of adrenaline through the system may carry the dog forward into misdirected aggression towards a person or another dog.

Quite often when I have rescue dogs in for assessment I see a particular behaviour in the males. It will start with the visiting male placing their heads over the shoulders of another male; this is then inevitably followed by the visitor attempting to mount the resident dog. It's interesting that in most cases this dog will stop displaying this behaviour once he feels secure and has a routine in place, however there are dogs who continue to mount anything that moves and for those dogs, I feel, that unchecked it is only a matter of time until a fight will take place when he chooses a reactive dog to try and bonk!

The problem is that a dog who shows no aggression can, in one horrible moment, be taught to react with teeth and claw from an encounter that results in either an attack or by a fight that begins at the "hold me back" level and progresses to the point where real injury is happening.

Recently one of my Border Terriers was targeted by an out of control GSD while we were walking. It is rare that I only walk two dogs but that day I wanted to work on recall with Jelly's young pup Figgy. Jelly was on lead and Figgy was following close by when I spotted a German Shepherd circling us in the heather. I saw the dog lower its head and before I had time to react the large dog had sunk its teeth in Jelly's neck and was shaking her like a wet dish cloth, Jelly managed to grab the cheek of the GSD and for a moment she loosened her grip. Jelly fell to the floor and was screaming, the GSD went back in to bite her again and again, this time the jaws were around her chest and Jelly was silent. I was aware of a young man standing to one side and I shouted at him in colourful language to come and get his dog. I grabbed the GSD's collar and stood astride it's back and twisted the collar with all of my strength, Jelly was still limp but I held on until I could see the Shepherd's lips begin to turn blue as I was stopping any air flow, after what seemed like minutes Jelly was dropped to the ground and the GSD staggered as it tried to catch it's breath.

I am not proud of my actions, I could have killed that dog but I did react in a way that meant I was able to scoop my bloodied dog up and try and save her life. The Shepherd got to its feet just as the owner approached screaming that I had killed his dog, I told him to take his dog to the Vet if he was worried because that was where I was going. He now had his dog by the collar and she was lunging and snarling, her barking followed me as I made a dash for the car park, I was so relieved to see Figgy waiting by the car even though she was trembling with fright and we made a hasty exit to my Vet. Jelly fought for her small life, my Vet and her team worked a miracle and 24 hours later Jelly was able to come home. The cost of our walk? £500 Vets fees but more important than that the destruction of my Jolly Jelly's confidence and that of her daughter, it certainly could have been worse and every time I read a report of a dog on dog incident that results in tragedy I count my blessings.

Three months on from the attack Jelly has, in typical Border Terrier fashion, put it behind her and has resumed her sunny temperament, Figgy is still reticent but I'm sure it won't be long before her joie de vivre takes over. As for the owner of the aggressive GSD, I haven't seen him or his dog since. It could have been any breed that attacked Jelly that day, it may have been the first time that GSD had carried out such a frantic attack, although I find that doubtful. I think most of us are aware that as summer approaches the "fair weather" walkers will be out and about just bear in mind that for many of these dogs a daily walk is not their usual routine and that the excitement coupled with the fear of other dogs through poor socialisation can be a deadly combination.

Even though it seems there is a report almost every week we have to see it in proportion, it is a very small number considering the canine activity in the UK; however that's not much consolation if it is your companion that has been attacked.