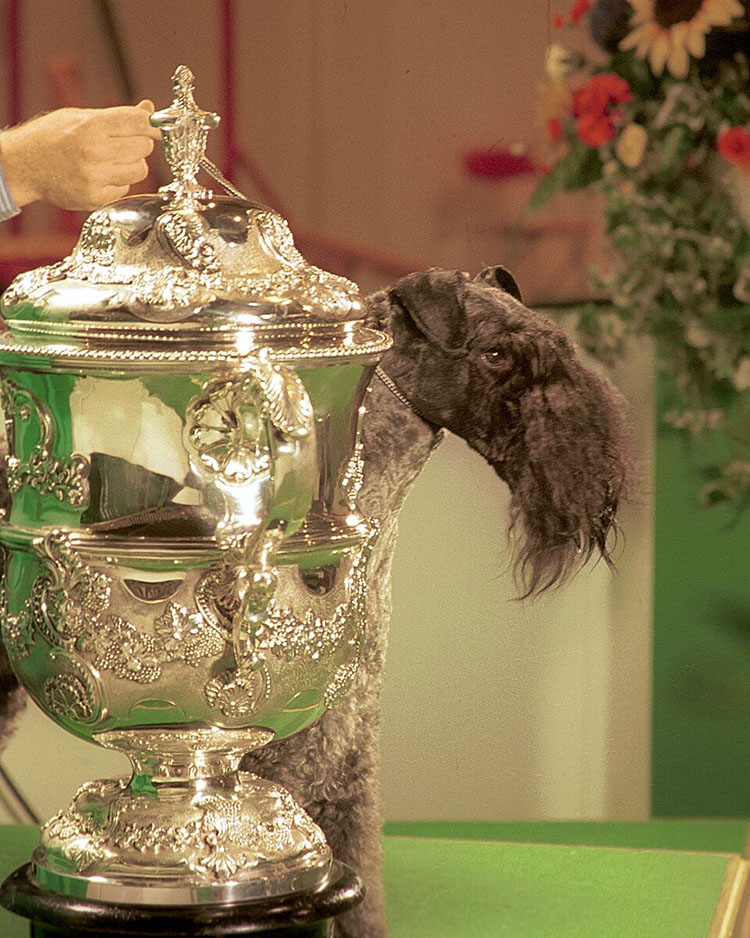 Well, a life line has been thrown for those outcast by DOGWORLD and hopefully a phoenix has risen from the flames in the form of this new online platform! I am delighted to be part of this and have an avenue for writing and contributing my thoughts-I hope that you will continue to read and enjoy! I will still try to concentrate my column on the adult handling world in particular but I will also be able to cast opinion on topics of interest in the dog show world in this new format "Taking the Lead". I would still appreciate opinion and results from anyone who reads the column and would like to be involved-my contact details remain the same and will be included at the bottom of this column.

This time I wanted to talk about rules once again! It always amazes me how little some people know about the rules of dog showing. Mind you, it doesn't always help when the KC introduce new rules and (because they are "temporary") they don't always include this ruling in the odious red book!

As an affiliate member of the KC I get a red book every year and when I started to receive the "Gazzette" I would take an interest in the disqualifications section by looking up the rules. I know this may sound a little sad but I found it a really good way of learning the intricacies of the rules which surround our sport.

One rule which appears to be misunderstood is that when you withdraw from a class (for whatever reason) you are then not eligible to enter any other classes that you may have paid for at that show. If you go in after having withdrawn any awards that you may have won can be forfeit!

The only time this was acceptable is in the instance that you have won BOB/BPIB, you were allowed to withdraw from other classes (so stakes and AV) so that you could remain unbeaten for the group and/or BIS competition.

Otherwise, I think the ONLY exception to this rule would be handling, as you are being judged and not the dog. The only prerequisite for handling is that the dog you are using for the competition must have been entered in a breed class.

The reason that the KC introduced the new rule making winners of BOB/BPIB exempt from disqualification if beaten in further competition was to prevent people withdrawing from AV and stakes classes at shows. Now, if you win BOB or BPIB you can go in stakes classes and AV classes, be beaten (even by dogs that you have previously beaten in competition at the same show) and still remain eligible for the group and BIS challenges. This is now why, in puppy groups in particular, you may see a puppy who won BPIB and a puppy that may well have been beaten by other puppies, in the group ring. In my opinion this new temporary rule should be amended to say that ONLY BOB and BPIB awarded from breed classes may compete in group and BIS competition. The reason I feel like this is because someone was asked to come and judge a breed, therefore the dogs that they award BOB and BPIB should be the only ones to represent the breed in the group/BIS ring. I feel that it is unfair to then effectively undo the "best in" award by coming up against a puppy or dog that you have already beaten in the group. What is the point of awarding "best in" if you then have more than one representing the breed in the group/BIS competition?

Recently I witnessed a dog being withdrawn because it was lame, the judge asked the exhibit to leave (therefore is withdrawn). This exhibit then went into another class under another judge, still lame I might add, and won the class! Now, technically I could've put my £35 down and lodged a complaint that would've been upheld and then all awards would've been forfeit. What is sad in this particular instance is the exhibitor was told why the original judge asked them to leave the ring-the dog was lame. If this had been me I would've put my dog away to rest ready to compete another day, so I was really disappointed to see the dog still being exhibited.

You may well ask why I didn't complain, it was because the people involved won't learn their lesson. If it had been a championship show I may well have reconsidered and I would have made the complaint I think.

I have seen it at breed shows too where the dog has been withdrawn/marked absent in one class only for it to appear in a later class, normally special beginners!

It is wise to familiarise yourself with the rules surrounding any hobby you are involved in, not to be an insufferable know it all, but to ensure that what should be a lovely win for you does not end up in bitter disappointment. I am afraid that ignorance, in the eyes of those who decide in the outcome of these complaints, is no defence!

"To acquire knowledge, one must study; but to acquire wisdom, one must observe"-Marilyn Vos Savant.

React to this article:
Growl
30 Wags