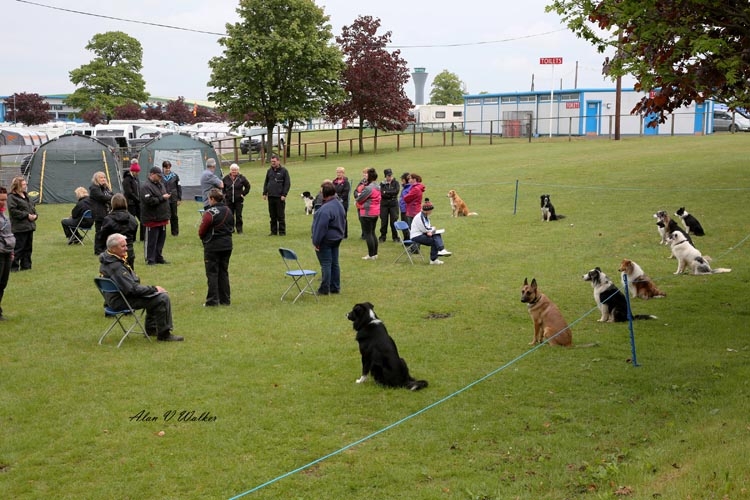 Anne Defaye has asked me to remind you all that the invites to the finals will start to go out, she must receive your intention by the 8th of August 2017 please.
If you do not receive your invite before the middle of July please get in touch with her as soon as possible. fedayewhippets@gmail.com
Anne works extremely hard to get the finals organised and hosted so please make her life as easy as possible by getting your entry into her as soon as you can. Anne will also be at various champ shows with her stand “Fedaye Products” where forms can be collected direct.

The two golden rules of handling are:

1. Never drop the lead. This is because you must be in control of your dog at all times. So often I see people dropping the lead in the breed ring and this habit translates to the handling ring. Personally draping the lead around your neck is not holding the lead nor having your dog in control.
2. Never come between the dog and the judge. The whole point of handling is to show off your dog, not your legs. This rule is broken less frequently nowadays in handling competition, the one time I do see it happen is on the turns or during shadow work. This is something that does require thought and practice.

Perhaps I am being a bit of a purest about these rules but, for me, this is the whole point of handling! Both of these rules are fundamental in my opinion. They underpin everything else in handling, especially for shadowing and pattern work.

FCI rules for handling do not include these rules but British rules do. It would be a shame to lose the high standard of handling that has and is being born in the country. People who tend to take up handling as a competitive sport put loads of time and effort into practicing and the standard of handling in classes is amazingly high.
It worries me when handlers are being knocked, for whatever reason, as it is disheartening when you put in a good performance and yet others are being awarded for breaking the golden rules.

It’s this kind of thing in competition which puts people off entering. The unique thing about handling competition is that it really is about the handler and not the dog, so those of us who may not do very well in the breed ring can excel in the handling ring as it’s your performance that is judged.

Handlers of all ages are a savvy bunch and they can spot a handling or non-handling judge a mile off. They can also spot people who make mistakes and awarded thus. I have had it happen to me where I won the class but I knew that I had made a mistake, I felt awful for the handlers who had performed better than I had on that particular day and I was genuinely surprised to win the class. I think I felt bad because I had also been in the other position where I witnessed handlers who had made truly fatal errors being awarded the class and it’s disappointing.

If there is anything you would like me to discuss or research and write about please do email me or contact me through Facebook. Also, don’t forget to email or call me with your news, results and gossip!