To Withhold, Or Not To Withhold? That, My Friend, Is The Question! 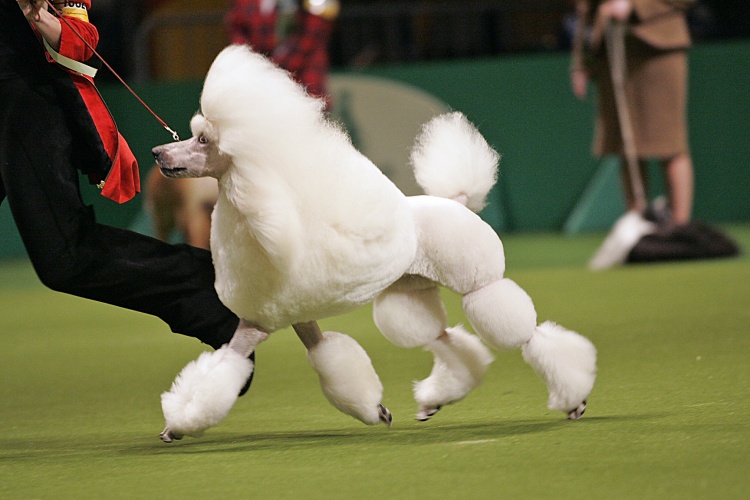 After City of Birmingham Championship show there has been much chatter about withholding awards.

For those who may not be aware, a judge withheld from a whole class (placing only 1st) in quite a numerically strong breed. There has been much discussion about this and the reasons why it was done. We must consider that some of the dogs that were withheld from have had significant past wins and some held junior warrants and show certificates of merit. The judge did write an explanation stating that poor movement was the reasoning behind their decision.

Next followed all sorts of conversations which highlighted that many actually do not understand the withholding rule and much debate about when you should withhold.

In the “judges FAQ’s” issued by the Kennel Club the following is stated:

An award may be withheld if in the opinion of the Judge there is lack of sufficient merit. This can incorporate both breed specific points and/or visible health & welfare issues. The Judge must mark on the judging slips that the award has been so withheld. When a Judge withholds a Third award for want of merit, the subsequent awards in that Class must also be withheld. (Regulation F(1)21.m)
Judges are reminded that no matter how outstanding an exhibit appears in relation to the breed standard in other ways, care must always be taken to consider it in more general terms prizes should never be awarded to dogs which are visibly suffering from any condition which would adversely affect their health or welfare eg:
• Lameness - including ‘hopping’
• Inappropriate temperament – refusal to be handled, timidity or aggression
• A discharge from one or both eyes or any signs of discomfort in either eye
• Obvious breathing difficulty
• Obvious skin disorder or ear irritation
• Exaggerations that would make the dog unsuited to the breed’s original purpose
• Significantly over or under weight


The point that is open for individual definition is “in the opinion of the Judge there is lack of sufficient merit.” I suppose here you must look at your exhibits and decide what this means. For me, if it looks like a beagle, behaves like a beagle and displays all the characteristics required for a beagle to do a day’s hunting then it has sufficient merit. I have seen withholding occur and I have agreed with why the judge withheld. But I Have to question the original case in that there were 11 exhibits entered in the class, 1 of which was absent and the judge only found one dog that had sufficient merit???

When I have spoken to people about this they have all agreed that as a judge it is your job to place the exhibits in “order of merit” and unless something is drastically wrong (see above) there should be no reason to withhold. One person I spoke to said, however, that when it comes to awarding CC’s this can be different. You may find exhibits which are obvious examples of the breed and could in fact do what the dog was bred for. When it comes to giving the CC however you are saying that you believe, as a judge, that the dog you are going to award this to is worthy of the title “champion” and in some cases this might not be true of your class winners.

I have stewarded where a judge only had 3 dogs entered and CC’s were on offer. The judge withheld the CC but did award best in sex. This was because the judge did not think there was an exhibit worthy of the title champion. Fortunately in the bitch classes numbers were greater and the quality better and the judge was able to award the bitch CC.

One thing I do think needs to be clarified is what happens when you withhold. There was much discussion and interpretation of the rule about withholding but I have always been taught that wherever you withhold from, you then cannot award any further prizes. I think this is the safest approach personally because if you’re withholding from one place, how can any exhibit be worthy of a lower award? The rule states that if you withhold third then you must withhold any further awards suggesting that you can withhold first and second but award third onwards – and this just seems ridiculous to me personally, if there is not an exhibit worthy of winning the class then there is no exhibit worthy of a place in my opinion !

I believe that there is a danger here that some people who might be wanting to “make a statement” when judging might withhold for all the wrong reasons. I have written before about the motivation to judge and if it’s anything other than honourable then I wouldn’t bother. Getting revenge, knocking exhibits or making a statement should never be the motivation and as I have said before, this hobby is expensive and people vote with their feet! Don’t assume that the exhibitors are stupid because they are far from it!
There is absolutely nothing wrong with doing your own thing and placing the dogs you want to place – don’t do it to please anyone other than yourself. And ask yourself at the end of your judging “are you happy with your placings?” and if you genuinely are, you’re doing the right thing. It’s a funny old game judging dogs and you can only really please one person and that is you!

“With power comes the abuse of power. And where there are bosses, there are crazy bosses. It’s nothing new” – Judd Rose

React to this article:
Growl
31 Wags