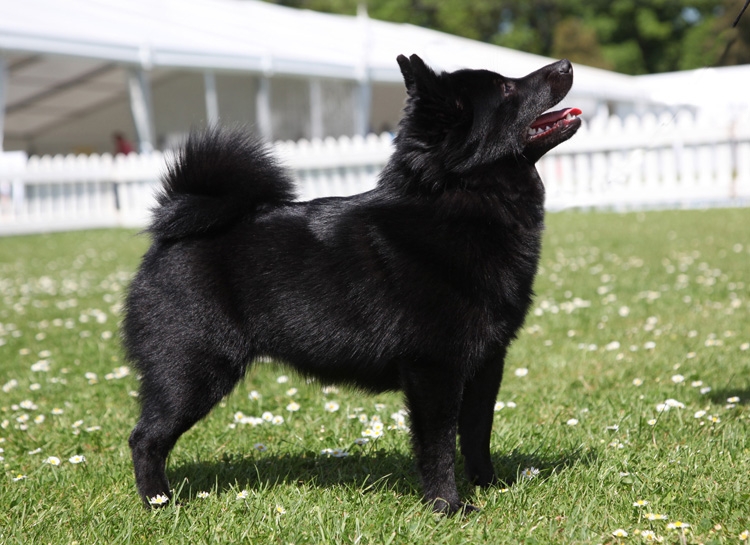 28.08.17
Another nice weekend at Welsh Kennel Club, the BCC and BOB went to McLachlan, Zwoferink, Penatello and Carter's Croat Ned Gr Ch Lux It Beachviews Oops I Did It Again with the RCC going to Fludder's Am & Uk Ch Ebonorth Never On Sunday. Also, the DCC and Best Veteran went to Ch Schipdale Orlando with the RCC going to Fludder's Ch Aradet Xtra Addition, Best Puppy was Forknall's Avidore Putin On The Style. The day began with a minutes silence for Peter Trinklebank who will be extremely missed within the breed, his memorial service will take place on Sunday the 27th of August at 1300 at the Finnish Church in London, 33 Albion Street, London SE16 7HZ. Peter requested that instead of flowers he would like people to donate to Daneline International which was very close to his heart. Later on in the day after the judging, the breed came together to celebrate another champion in the breed, Ch Aradet Xtra Additon, the schipnics have become very successful showing how close the breed is. There will be another at City Of Birmingham to celebrate Mandy Rollinson's birthday, the breed will be judged by Mr A Brace and he has an entry of 26. Good luck to everyone and I hope the schipnic is another triumph.
Michaella Donaldson (michaellad_@hotmail.com)

17.08.17
Welcome to Breednote writer Michaela, please do support your breed and send her your news and views.

At the beginning of last week, I heard the shocking news that Peter Tricklebank had passed away.

He was well known for having the Nocte Schipperke Kennel and I found that his knowledge of the breed was outstanding, many of us recently saw him at Mary’s bon voyage Schipnic, he was a gentleman and will be truly missed throughout the breed.

Recently, at Paignton & District Fanciers Association in the AVNSC( Toy & Utility) the Best Dog and Best Of Breed went to Miss R Fludder’s Aradet Xtra Addition, who later went on to take Group 4-his second of the year-as well as the breed wins, he took 2nd in AV Good Citizens Stakes which is always good to hear that Schipperkes are doing so well in Stakes. Also, Ms P Fludder’s Am & UK Ch Ebonorth Never On Sunday took the Best Bitch under Mrs P Hollings, Congratulations to both of you. More recently, the latest Championship show was Bournemouth where there was Schipperke classes with no CCs, Best Dog and Best Of Breed went to Cheatham’s Aradet Action Man SHCM under Mrs J Bannister, Congratulations.

In open show news, at Tayside and Lochee, Donaldson’s Ch Carozza Athena took Schipperke BOB and Group 1 under Mr D Illey.
This weekend will be Welsh Kennel Club, our judge Mr E Engh has gotten 38 dogs making 37 entries and we will be 2nd in ring 30 after 98 Shih Tzu. After the judging there will be a celebratory Schipnic for a new champion in the breed, Aradet Xtra Addition, all are welcome to join for refreshments and snacks at the ringside I hope to see you all there. Furthermore, Mrs L Morton is judging Schipperkes at Scottish Kennel Club, she has gotten an entry of 9 dogs making 9 entries, this is a good entry for a Scottish show with no CCs as there are a little number of Schipperkes actively showing.
In other news, there has been a change of judge for South Wales Kennel Association from Mrs J Robjons to Mrs L Whales, I have been informed that Judy has not been keeping well and I sent my best wishes for her recovery. Entries won’t be closed until the 4th of September for online entries and the 25th of August for postal entries so there is still time to enter. Also, in the KC journal there has been two approved judges for two Championship shows next year, Mrs SL Jakeman will give out CCs at City Of Birmingham ( 31/08/2018) and Mr RC McLeod will judge Border Union( 6/06/2018), this is the first year without CCs as they have been moved to Darlington.
Finally, the Nordic Show is a supported entry show for the Schipperke Club who provide rosettes and a Trophy, the judge is Deborah Penniston Fleming, an excellent open show to support. You can find the schedule on Fosse data or at the Ours Dogs stand, entries will be closing on the 2nd of November.