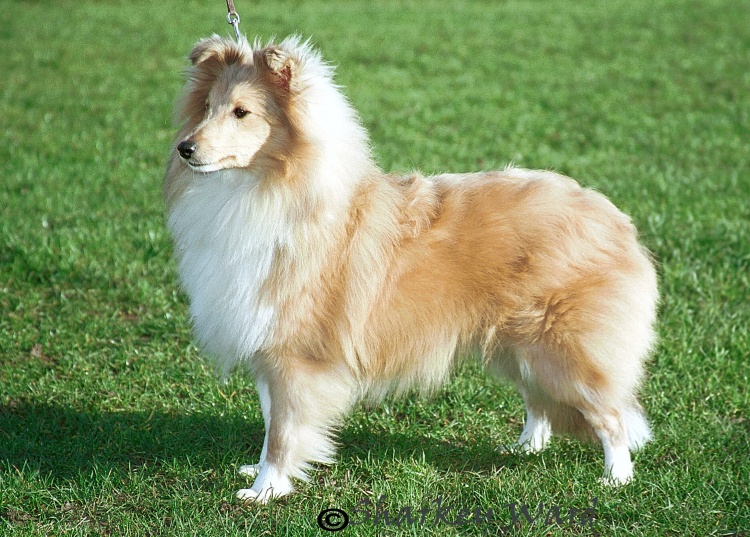 Scientists working at the Kennel Club Genetics Centre at the Animal Health Trust have identified a new mutation that causes the blinding condition, Progressive Retinal Atrophy (PRA), in Shetland Sheepdogs.

PRA is a recognised condition within the breed, but the mutation causing this form, named as BBS2-PRA, has not been previously identified. Unusually, alongside PRA, dogs with this novel mutation have additional physical characteristics, including an upturned nose, an unusual coat texture which is wavy in appearance and dental defects. The condition is comparable to a syndrome in humans called Bardet Biedl syndrome.

A DNA test to identify affected and carrier dogs with the mutation has been developed by the team and will be available from Thursday 5th March.

The discovery of BBS2-PRA is particularly significant as it is the first disease mutation discovered as a direct result of the Give a Dog a Genome project. Launched in 2016, with an initial grant of £50,000 from the Kennel Club Charitable Trust, the project aimed to create the UK’s largest canine genome bank to help generations of dogs. To date, the project has sequenced the entire genomes of 89 dogs from 77 different breeds. These genomes are currently being analysed to help understand which changes in the canine genome are neutral and which have a negative effect on dog health.

Dr Cathryn Mellersh, Head of the Kennel Club Genetics Centre at the Animal Health Trust, said: “It is always exciting to discover a new mutation that causes an inherited disease in dogs, because it provides a means for breeders to reduce the frequency of the mutation in future generations of dogs and, very importantly, to avoid breeding clinically affected dogs.

“But the discovery of the mutation that causes BBS2-PRA in Shetland Sheepdogs is particularly exciting because it is the first disease mutation we have discovered as a direct result of our Give a Dog a Genome project.”

Give a Dog a Genome uses new whole genome sequencing technology which has helped make the genetic mutation finding process quicker and more efficient. Prior to this, a lengthy Genome Wide Association Study (GWAS) to identify a region of the genome that harboured the disease mutation, followed by sequencing methods to pinpoint the causal mutation, would have been required. This process required DNA from multiple affected dogs (between 12-20 individuals for a disease like PRA).

Through advances in technology and the Give a Dog a Genome DNA database, the Animal Health Trust was able to compare the DNA of just one Shetland Sheepdog with PRA, with the genomes of other dogs to successfully identify the mutation that causes PRA in this breed.

Rebekkah Hitti-Malin, Research Assistant who lead on the test development in Shetland Sheepdogs, said: “Being able to identify a disease mutation from a very small number of dogs means that we can make a DNA test available much earlier in the process of disease emergence, ideally before the mutation has had the chance to become widespread throughout the breed.

“In turn this means that the mutation can be eliminated from the breed population more quickly, possibly within just a few generations of the DNA test being launched.”

This discovery was made possible by successful collaboration between Animal Health Trust geneticists, the Shetland Sheepdog community who participated in Give a Dog a Genome as well as donating DNA and information about their dogs, the Kennel Club Charitable Trust who co-funded the Give a Dog a Genome project and all the other Give a Dog a Genome breeds whose ‘control’ genomes made this sequencing approach possible.

Bill Lambert, Head of Health and Welfare at the Kennel Club, said: “The Give a Dog a Genome project has the potential to be hugely important for the future of dog health and we are delighted that this collaboration has resulted in discovering a new disease mutation that in turn will benefit Shetland Sheepdog breeders through helping to reduce the disease mutation for future generations.

“This is a very exciting milestone for the project and serves as an example of the pioneering and fantastic work being carried out by the Kennel Club Genetics Centre at the Animal Health Trust.”

Marion Withers, Breed Health Co-ordinator for Shetland Sheepdogs, said: “We were pleased when the breed was accepted onto the Give A Dog A Genome project to study a new form of PRA. We are now delighted to learn that the research has yielded positive results and that a DNA test has been developed which will help breeders to reduce the incidence of this debilitating condition in our Shelties, and in turn avoid distress to owners.

The Kennel Club Genetics Centre at the Animal Health Trust hopes this success story is the first of many to arise from Give a Dog a Genome, now that all the genomes have been sequenced.

Dr Cathryn Mellersh, added: “The beauty of Give a Dog a Genome is its collaborative nature. We could not have found this mutation so quickly without the genomes of the other 76 breeds – now, as we begin new investigations, the Shetland Sheepdog genome will take its place alongside other genomes, to help us find mutations associated with different diseases in other breeds.”

The DNA test for PRA (BBS2) in Shetland Sheepdogs, costing £48, will be available from the AHT DNA Testing Service at www.ahtdnatesting.co.uk from Thursday 5 March 2020, and also from the Animal Health Trust’s stand at Crufts (Hall 3, Stand 55).


Would you like to contribute breednotes to DogFocus?
Drop us an email breednotes@dogfocus.co.uk
We look forward to hearing from you