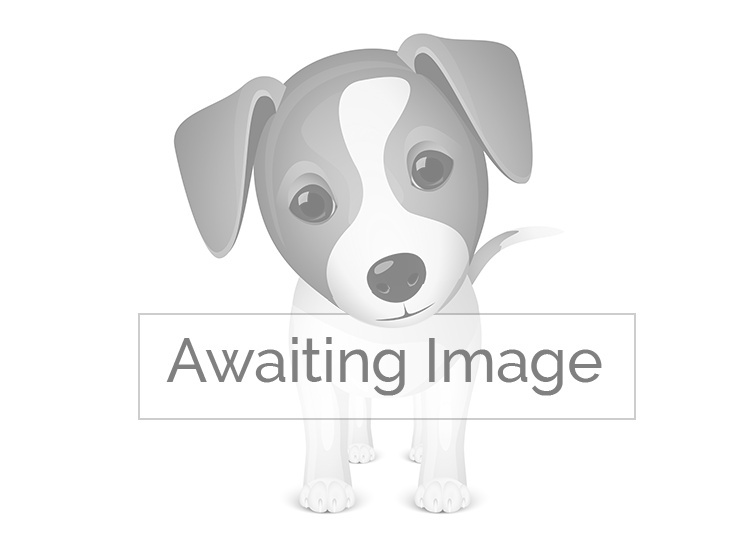 Finally we have all the Championship Show Judges for 2018 as follows :-


13.10.17
Two shows to report on this week, a small group of intrepid exhibitors travelled to Driffield Show. Most people had read or been warned that the show site was an absolute mud bath and our Judge Helen Wayman found herself judging in wellingtons with exhibitors similarly clad. Best of breed was Maria Lerego’s Ch. Teckelgarth Mimi with bitch res CC going to Rae Ganna’s Ch./Ir.Ch. Keepcott Gossip. Dog CC was awarded to Smith, Smith and Lerego’s Ch. Teckelgarth Maximus with Mr. & Mrs. Bunker’s Ch. Teckelgarth Mercury going res. Dog CC. Congratulations and hoping you enjoyed the day despite it’s drawbacks.

Maria Lerego and Sue McConville subsequently travelled to South Wales Kennel Association at Builth Wells where we do not have CCs. Judge Colin Ashmore found his BB and BOB in Maria’s Ch. Teckelgarth Mimi with Sue’s Ottaryx Ouzel being awarded BD.

Rae Ganna, Maria Lerego and myself spent a very worthwhile and interesting day at the Kennel Club Annual Symposium for Breed Health Co-Ordinators, which this year was opened up to all, so there were around 200 attendees. The subjects covered were varied with excellent speakers, the only disappointment being that there was not always enough time for questions.

The Stakes Classes were judged by Mr. M. Ord

It was a lovely day held in warm sunshine luckily sandwiched between all the dreadful rainy days we had had. Congratulations to all the winners and a big thankyou to everyone involved in the organisation, especiially our hard working Steward and those who worked so hard and long in the kitchen to keep the drinks flowing and provide a lovely lunch.

Unfortunately this Open show was held on a Monday in conjunction with a General Championship that only scheduled Not Separately Classified classes for the breed. The backbone of otterhound exhibitors spent many years travelling many miles for NSC classes and the odd class at open show level, we worked hard to attain CC’s and many years later, I apologise, but I personally can no longer undertake that kind of travel or expense to show at that level.

Then we moved on to Welsh Kennel Club with a much improved layout over the last few years appreciated by all the exhibitors as it also gave us the opportunity to keep dry during the periodic downpours. For only the second time we had Mr. Espen Engh of Norway as our judge, this gentleman is an international judge who has the experience of judging our breed all over the world. He found his BOB in the Bitch CC winner Ganna, Steffen & Steffen & my Dekenchar’s Willfull via Kingstree with res CC to her going to Scott’s Teckelgarth Faith. The Dog CC was a second under the judge for McConville’s Ch. Ottaryx Moreton with Court & Lerego’s Ch. Teckelgarth Horus again taking the res CC. Best Veteran on this occasion was Ganna’s Ch. & Ir. Ch. Keepcott Florin. Very many congratulations to you all.

OTTERHOUND CLUB 40TH ANNIVERSARY CELEBRATIONS
28th & 29th SEPTEMBER, 2018
ANITA’S, THE YEWS, MOLLINGTON, OX17 1AZ
CALLING ALL OTTERHOUNDS bring all your two and four legged friends to enjoy a weekend of celebration of the 40th Anniversary of the formation of The Otterhound Club.
We plan a welcome evening on Friday the 28th, fun and events all day Saturday and the Championship Show will, of course, take place at it’s normal venue of Baginton Village Hall (just a few miles away) on the Sunday.

Please take a look at the venue website and I will come back to you in future breed notes regarding accommodation.

08.08.17
This week a roundup of Hound Shows. At Houndshow 2017 we had a new judge awarding CCs in Mrs. Rachel Barney who found her BOB in Maria Lerego’s bitch Ch.Teckelgarth Mimi, reserve to her was Baker & Lerego’s litter sister to Mimi, Teckelgarth Mabel. The dog CC was awarded to a delighted Mrs V. Finch with her Ottaryx Marshal and reserve being Mimi and Mabel’s brother Ch. Teckelgarth Maximus owned by Mr., Mrs. & Miss Smith & Maria Lerego. Best Veteran rounded off the judging with Rae Ganna’s Ch & Ir Ch Keepcott Florin taking this award, many congratulations to all.

Samantha Lewis then made the journey down south to Paignton where her Ottaryx Mumford won Best AV Not Separately Classified under judge Jane Lilley, following on the same showground her Ottaryx Phaedra took BOB and was placed 5th in the YKC stakes with her young handler at South West Hound Association Open Show. Thankyou for representing the breed there so well and congratulations Sam.

Samantha Lewis wrote at Kingston Canine Society Mr. Olly (aka. Ottaryx Mumford) went Best of Breed and then proceeded to win hound group 2 in a massive group of 24 hounds. Many congratulations to Sam, who was absolutely thrilled to bits. Her Ottaryx Phaedrra was reserve Best of Breed completing a great day out.

I have a lovely letter from the Animal Health Trust updating us on the current position regarding the Give a Dog a Genome whole genome sequencing as follows :-

Dear Judith,
As you already know, we selected a Otterhound with Idiopathic Epilepsy and a healthy, older control to be whole genome sequenced as part of Give a Dog a Genome (GDG). DNA samples from suitable dogs have now been sent to a commercial laboratory for sequencing.
What happens next?
The sequencing is expected to take up to 8 weeks to complete, after which the data will be made available to us to download, process and analyse. The volume of data generated for each individual sample is extremely large and takes 3-4 days to download and process. The sequence data may also be shared with other scientists as we deem necessary or helpful. Additional analysis of the data to attempt to identify any variants that contribute to Idiopathic Epilepsy will take far longer. Please be aware that it is entirely possible that we will not be able to identify any variants that contribute to this condition. However, even if this is the case, the data still can and will be used in investigations of inherited disease in other breeds.
You will continue to receive any general GDG updates, but apart from that we will contact you only if there is something specific to the Otterhound to report. I would once again like to thank you and the breed community for participating in Give a Dog a Genome.
If you have any questions or concerns please email me on gdg@aht.org.uk.
JUDITH ASHWORTH jeashworth@btinternet.com 01926641051

Viewers to Coronation Street had a huge surprise the other week as a newly arrived parcel was unwrapped up in one of the series family’s homes and lo and behold, it contained an Otterhound plate. I contacted the props department for the series and they informed me that they had made the plate themselves, with graphics printing the image onto a clear vinyl then they applied it to a plain plate, so it is absolutely one of a kind. They also informed me that it was the writer of the episode who expressed the preference that they use “’such a rare and beautiful breed of dog” and the production team were very happy that the ‘Otterhound world’ were so happy about this. The plate story line will continue to appear in the soap over time so we will be hoping that it continues to be positive.

React to this article:
Growl
3 Wags 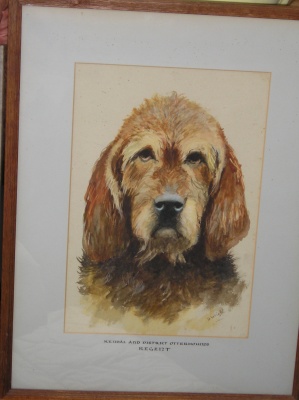