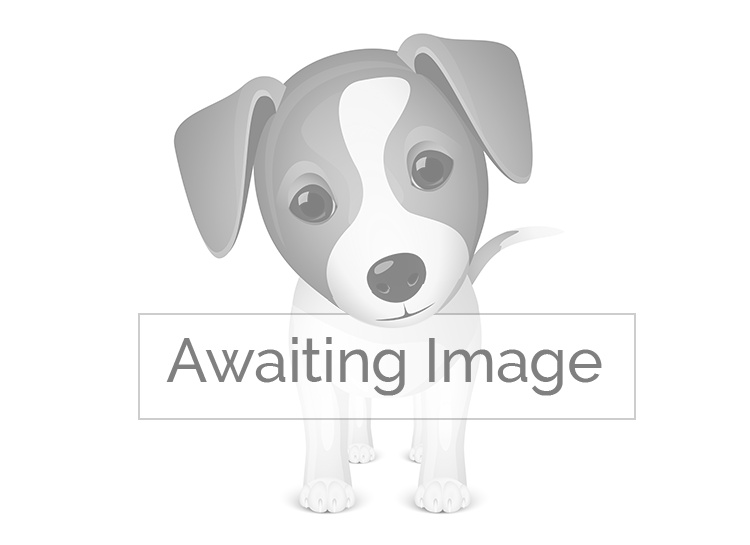 The latest breed Record Supplement thundered through my letterbox this morning. This edition covers anything from January 2018 - March 2018. There were two litters registered, the first was a litter of 6, consisting of 2 black dogs and 4 black bitches. The sire was Stormacre Take A Bow & the dam was Curlabull Satisfy My Soul ShCM. The second was a litter of 4 consisting of 1 black dog, 1 black bitch, 1 liver dog and 1 liver bitch. The sire was Morkehall Casper Goes Stormacre and the dam was Stormacre Bad Romance There were two imports, one from Germany and one from the Netherlands. There were two exports, both to the USA. There were three results for hip scoring; Ametyst Inti Anka - 6/4=10 Brightmeadow Now or Never - 3/6=9 Maycourt Crimson Moon - 2/6=8 One elbow score; Ametyst Inti Anka - 0
It looks like it may be a bumper year for puppies this year with a few more litters born in the last couple of months and more bitches have been mated and I know of a few more in the planning stage, I hope there are suitable homes for them all.
Good luck to anyone attending Birmingham National Show tomorrow where a decent entry awaits judge Bill Bunce. There will be more 'drop-in' sessions for the JCF (Judges Competency Framework) which may be useful for those judges among you who haven't already attended one.
Gill May
gillmay.simbaroah@gmail.com

24.08.17
My first breed notes for Dog Focus so I will confine to Show Results for now.
A number of Championship shows are held during August starting with National Gundog, judged by Vicki Hayes. Vicki found her DCC in Sh Ch Kelsmere Krystoff, RDCC and BP was awarded to Brightmeadow Never Say Die, BCC & BOB went to Maycourt Hunky Dory JW ShCM and the RBCC was awarded to Sh Ch Brightmeadow Just One Look ShCM.
On to Paignton where Jen Hiscox officiated. Jen found her DCC in Sh Ch Maycourt Chase The Ace with the RDCC going to Sh Ch Kelsmere Krystoff,
BCC & BOB was Sh Ch Brightmeadow Just One Look ShCM who was also shortlisted in the group under Jenny Miller,
RBCC was Maycourt Space Oddity and BP was Brightmeadow Never Say Die.
On to URC where unfortunately the weather was dire and heavy rain set in for the day, it just cleared up in time for the BIS competition so all breed judging took place under cover.
Gladys Phillips was the judge for the day and found her DCC & BOB winner in Elerrina Untouchable, RDCC was Curlabull New York Jet, BCC and that all important 3rd went to Kelsmere Kamana For Foxriever, RBCC was Sh Ch Brightmeadow Just One Look ShCM and BP was Brightmeadow Never say Die.

WKC was the last of the August shows, Pam Blay was the judge. Pam found her DCC (His first after a collection of RCC's) & BOB in Stormacre Take A Bow, RDCC went to Sh Ch Kelsmere Krystoff, BCC (again a first) went to Maycourt Crimson Moon, RBCC was Maycourt Space Oddity and BP was awarded to Elkysar Black Arrow Over Stormacre.
There was just the one show without CC's which was Bournemouth, judge was Howard Ogden. BD & BOB went to Curlabull Iron Lion Zion, RBD & BP was Curlabull Dark Moon Rising Over Wightcurls and BB was Tessmene Ooo La La.

The competition for the Dog Press end of year competitions is hotting up. The points have been included for the year to date from Manchester to WKC incl. The current Top Breeder is Diane Courtier of the Maycourt affix, there is currently a tie for Top Curly between Sh Ch Kelsmere Krystoff and
Sh Ch Brightmeadow Just One Look ShCM and the current BP is Brightmeadow Never Say Die.
With five Championship Shows still left it is all to play for.

An interesting bit of info was included in one of the Facebook groups this week regarding the Highway Code. Rule 57 states "When in a vehicle make sure dogs or other animals are suitable restrained so they cannot distract you while you are driving or injure you, or themselves, if you stop quickly. A seat belt harness, pet carrier, dog cage or dog guard are ways of restraining animals in cars" I have to admit that I probably knew the highway code inside out when I took my driving test back in the dark ages but it is not something I keep up with as much as I should. Having said that, my dogs are always crated in my van so they are as safe as I think they can be. So just a note to those of you who do not restrain your dogs, think again and keep them and yourselves safe.

Please contact me gillmay.simbaroah@gmail.com if you have any news you would like to see included. Many thanks, Gill.